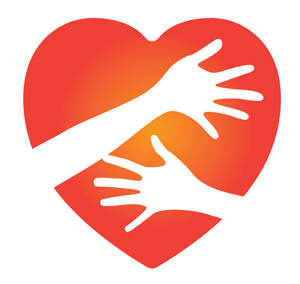 We are all sabotaged by our own lack of awareness. In a fundamental way we are our own worst enemy when unconscious, and we are all with very few exceptions woefully unconscious. Many of us know that going off to work without that wake-up cup of coffee would lead to a disastrous morning. We envy the “morning people” who hit the ground running, fully awake and alert doing their best work before noon. In truth most of us move through the entire day, day after day in a semi-conscious state leaving a wake of pain and destruction. Why?—because we are not aware of the existence of our True self.

If we were conscious of our True-self, what would our behaviors look like? Tony Schwartz in his book What Really Matters: Searching for Wisdom in America gives us an idea. “In each case, I found that the way people define the nature of the self dictates how they envision the purpose of life. For some, the highest aspiration is self-improvement, for others it is self-discovery, and for others it is self-transcendence and selfless service.” The people most likely to discover their True selves are those who experience the expression of compassion as the highest human attainment.

The most profound understanding of “know thyself” (living in the present moment) is indeed the imperative for humanity and always has been. If we don’t become conscious of how we are behaving and why, we will continue to live in the illusion that people and events in the outside world are creating our problems when in reality, we are the saboteur that keeps throwing the wooden shoe into the machinery of our lives.

In addition to the behavior of the false self, we have the malady of identifying with the mind. Roger Walsh describes this little-known but pervasive human behavior. “The most astounding thing for me—as I became more sensitive—was that the mind was totally out of control and I’d been totally unaware of this my whole life.”

The consequences of a false-self identity are alarming and universal in the global village today. Identification with the mind, the intellect, can also lead to an obsession with technology. It is not technology that leads to self-destructive behaviors, of course, but what the false-self identity does or doesn’t do with it. Scott G. Owens, a professor of exercise science at the University of Mississippi co-authored an article in the Journal of Strength and Conditioning Research. “When the Wii Fit was introduced in 2008, it targeted fitness instead of just entertainment. This caught our attention. Anything that comes out that might help kids be more physically active would be of interest to us.”

Sounds good, right! Hold on—not so fast! What behaviors will a child’s false-self identity create in relation to digital “exergames?” The Children’s Nutrition Research Center at Baylor College of Medicine in Houston conducted a study and published the results in Pediatrics, the official journal of the American Academy of Pediatrics.

Without going into the details of the study it involved 9 to 12 year olds who did not have the Wii game console. Half the children were given the hardware and software for the physically demanding games and the other half the more passive popular games. Accelerometers measured physical activity over a period of 13 weeks. “They found ‘no evidence that children receiving the active video games were more active in general, or at any time, than children receiving the inactive video games.”

Without a change of identity, improving our children’s health will not be so easy. Changing the sedentary behavior of Americans which is fundamental to solving our current health crisis will require a radical change in the American narrative which as we have learned determines the identity of the average American.

Once humanity abandoned the worldview of Oneness which was more prevalent in indigenous cultures we began to feel threatened by and began to isolate ourselves from nature. Not only do our children spend less time outdoors wielding rackets and bats on courts and playing fields but all of us spend less time outside simply experiencing that which used to nurture our souls. Are we becoming alienated from that which we are an integral part? Can we simply turn our backs on nature and find happiness on the couch as passive and remote observers?

References and notes are available for this essay.
Find a much more in-depth discussion in books by Roy Charles Henry:
Where Am I?  The First Great Question Concerning the Nature of Reality
Simple Reality: The Key to Serenity and Survival