Where Are the Christians? Succinctly please! 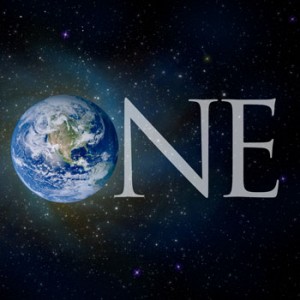 Paraphrasing Gandhi when asked what he thought about Christianity: “I think it’s a wonderful idea, someone ought to try it.” We all appreciate the value of brevity which is hard to come by in discussions about religion. It’s not the fault of theologians, philosophers or those of us lay people who find the subject fascinating. What is the problem then?

Philosopher John Locke (1632-1704) was able to offer a couple of ground rules when discussing religion that we might find to be a good starting point to eliminate a lot of irrelevant argumentation. However, brevity or simplicity in this 17th century philosopher was a little too much to hope for. “[Since] the precepts of natural religion are plain, and very intelligible to all mankind, and seldom come to be controversial; and other revealed truths, which are conveyed to us by books and languages are liable to the common and natural obscurities incident to words, methinks it would become us to be more careful and diligent in observing the former, and less magisterial, positive and imperious, in imposing our own ideas and interpretations of the latter.”

Indeed! Well, we all agree that the “precepts of natural religion,” the Ten Commandments or the Eightfold path, are good guides for human behavior. Where adherents of different religions come to blows are Hobbes’ “natural obscurities.” There will never be peace on earth among the followers of the world’s religions within the context of P-B because the false self derived from that story is incapable of behaving with compassion toward the other.

We would do well to abandon futile “ecumenism,” (a movement to achieve worldwide unity among religions through greater cooperation and improved understanding) until we first bring about the prerequisite paradigm shift. The horse has to be placed in front of the cart. After internalizing a worldview of Oneness, thus reducing fear, then assuming our natural True self identity, we would be ready to admit that our religions were not healthy institutions and all too often lead to behaviors that are the opposite of that which would empower humanity to create a sustainable global community.

In P-B the world’s religions tend to promote competition rather than cooperation, disintegration rather than integration, and fear and hatred rather than compassion. In P-A institutionalized religion would be superfluous. A compassionate human being automatically and naturally expresses religious precepts. Humanity, in its natural state, would create heaven on earth.