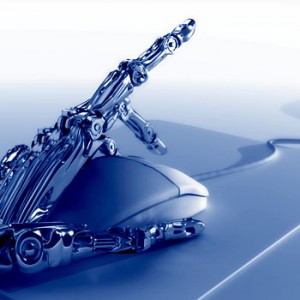 Those of us who have chosen to change paradigms are able to see what’s happening on our planet very differently than do those who choose to remain in the context of the old narrative. For example, we do not see technology as either good or bad. How we use our intellect and its impressive scientific achievements does, however, reveal the values of our human community.

To value intellect-based creation and competition over cooperation and harmony among the peoples of the world is to make a regrettable choice. Clinging to the old paradigm is resulting in the gradual or not so gradual collapse of human civilization.

Human behavior will not change without our becoming aware of what our behaviors are and why we behave that way. This essay and all of the essays and articles in this blog and the books in the Simple Reality Project are intended as catalysts to jump-start and support the process of human awakening. That can only happen for those who find the courage and commitment to choose to begin to change their values, attitudes and beliefs about the nature of reality.

We can all begin the paradigm shift by directing our energy toward compassion for ourselves and others (a response) rather than allowing our energy to promote unconscious self destruction (a reaction). Celebrating our life in this way will reduce the level of fear in the human community and in our personal lives.

One common type of fear is paranoia. Are our fears of persecution delusional or are we suffering a genuine psychosis? In other words, is there really an other who is after us? In fact, there is. Ever since Orwell’s 1984, the term “Big Brother” has often been used for this vague and threatening presence.  A couple generations later, the grandson of Big Brother has naturally grown in sophistication. He is also much more devious, much more subtle, much harder to detect. But he is there. The question, however, that many of us are afraid to ask is: Is he scarier? The answer: Oh a lot scarier, a lot!

The insidious controller of our minds and behavior has sneaked into cyberspace, an ideal environment for him to work his evil plan. More than half of Web traffic is nonhuman. We now have not only zombies, sleepwalkers, vampires and Satan to deal with, we now have to beware of robots—bots for short—inhabiting our tech devices.

The content of Simple Reality teaches us that the story we tell ourselves is fundamentally an illusion. What may further complicate our breaking free of that toxic story is that another layer is being added—an illusion within an illusion.

“From the earliest days of the Internet, robotic programs, or bots, have been trying to pass themselves off as human. Chatbots greet users when they enter an online chat room, for example, or kick them out when they get obnoxious. More insidiously, spambots indiscriminately churn out e-mails advertising miracle stocks and unattended bank accounts in Nigeria. Bimbots deploy photos of gorgeous women to hawk work-from-home job ploys and illegal pharmaceuticals.”

Social bots are designed to make us believe that there are real people sitting at their computer connecting with us. Last year [2012] the number of Twitter accounts exceeded 500 million. “Some researchers estimate that only 35 percent of the average Twitter user’s followers are real people. In fact, more than half of Internet traffic already comes from nonhuman sources.”

What is the Big Brother-like threat of these bots? Researchers say that bots are being designed to sway elections, to influence the stock markets and to attack governments. We have all heard how both Israel and the U.S. used computer programs to disrupt Iran’s nuclear energy program.

Bots are being used to snatch people addicted to tobacco who are thinking about kicking the habit and keep them contributing to the corporate coffers of Big Tobacco by getting them to switch to E-cigs. “Last year [2012], researchers at the Health Media Collaboratory of the University of Illinois at Chicago found that e-cigarettes were being heavily marketed on social media largely through bots dispersing messages about weaning people from regular cigarettes.”

One of Brazil’s most popular journalists (ranking sites Twitalyzer and Klout listed the reporter Carina Santos as having more online “influence” than Oprah Winfrey) was found to be a bot. The possibilities are obviously endless, limited only by the paranoid false self. If 1984 seemed to augur a future filled with anxiety, Orwell could have written about an even more frightening future for humanity if he had envisioned the Internet. Big Bots reveal that the repressed anxieties of our false self have produced a Big Shadow.