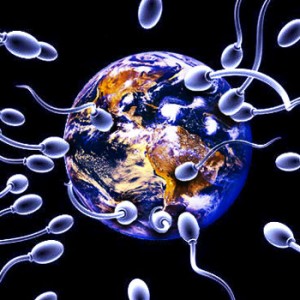 “In the entire history of biology, every species that outgrows its resource base suffers a population crash—a crash sometimes fatal to the entire species.”  This is the voice of Alan Weisman writing in his book Countdown: Our Last Best Hope for a Future on Earth? (2013).

For example, the passenger pigeon went extinct in 1914 when its habitat and food supply could no longer sustain the species. “‘Was it possible,’ Weisman writes, ‘that my own species might also already be the living dead.’”

Weisman’s book brings back into awareness a warning sounded in 1968 by Paul and Anna Ehrlich’s Population Bomb. The Ehrlich’s prediction is no longer taken seriously because it didn’t happen as soon as they had predicted. The thesis deserves to be revisited in the context of P-A.

Obviously, overpopulation is not the only problem facing community members of the global village. Many people express anxiety over what they see as an approaching “perfect storm.” “If we wanted to bring about the extinction of the human race as quickly as possible, how might we proceed? We could begin by destroying the planet’s atmosphere, making it incapable of supporting human life. We could invent bombs capable of obliterating the entire planet, and place them in the hands of those desperate enough to detonate them. We could bioengineer our main food sources—rice, wheat and corn—in such a way that a single disease could bring about a catastrophic famine. But the most effective measure, counterintuitive as it may be, would be to increase our numbers.”

Economists use the term “multiplier.” The greater the number of people on the planet, the more likely any one of the disasters listed above would occur. With a population of 7 billion today and a projected population of 15.8 billion by the year 2100 are we approaching the carrying capacity of the planet? “Biologists have calculated that an ideal population—the number at which everyone could live at a first-world level of consumption, without ruining the planet irretrievably—would be 1.5 billion.”

Oh! Oh! Is it too late? With the emerging economies in nations like Brazil, Russia, China and India striving to develop a larger middle class, what effect will these pressures have on the possibility of a sustainable world population? English economist, Thomas Malthus (1766-1834), also predicted a catastrophe for humanity due to overpopulation but this time it seems more ominous. What happens when the standard of living of current third world nations moves upward?

“Much of the current population growth comes in the developing world, where carbon consumption remains low, so the environmental effect is relatively muted. The next thousand Americans will do more than twice as much damage as the next hundred thousand Nigerians, though that is hardly a cause for celebration.”

Curiously enough some of humanity’s most impressive achievements have helped create this overpopulation threat. “The culprits are modern medicine, which has caused life expectancy in the last two centuries to nearly double; innovations in agronomy, which have dramatically increased global food production; and a failure to provide contraception to women.”  The latter being a notable “lack of achievement” as well as a lack of compassion.

Ironically, getting the world’s population growth heading in reverse will not help. Weisman leaves us with a prophetic story which comes from his visit to Japan. Japan has a fertility rate of 1.4 children per female—below the replacement rate—and therefore has had a declining population since 2006. That’s good, we might say, we should strive for that goal in the rest of the world. Relax! Hold on a minute.

Japan’s aging population means that there are too many senior citizens and too few young people to take care of and support them. “Weisman visits Nagoya Science Park, where Japan’s oldest scientific firm has built RIBA II, a robotic [talking] white bear designed to carry elderly people around the house. It has large, widely-spaced black eyes, cute little ears and a painted smile.

“‘I will do my best,’ says the bear, as it approaches a man who is lying on a hospital bed … RIBA II slides one paw under the patient’s knees, the other behind his back. The robot cradles the man in its arms. It carries the man across the room, and lowers him tenderly into a wheelchair. ‘I’m finished,’ announces RIBA II, and it’s hard not to wonder whether the robot speaks for us all.”

If we continue to rely on technological solutions to our problems, we will indeed be finished. Unless, that is, we invent a robot that connects us with our innate compassion so that we can awaken and begin to craft solutions for the people of the global village that address the actual problems we face and not the delusional challenges that never really existed.

We can see the all too familiar absurdity always present in P-B that today’s solutions become tomorrow’s problems, i.e. they were never solutions at all. Failure to correctly identify what the real problem is severely hampers our efforts to end up with rational strategies for the future. The problem is not, nor ever has been, nor ever will be, too many people. The problem is too many unconscious people creating too many pseudo-solutions that over time become long-term problems for those contained in a short-sighted narrative. No, we are not finished! We have yet to begin and when we do, the population of the planet will be irrelevant. Only a student of Simple Reality can grasp the meaning of that apparently absurd statement.