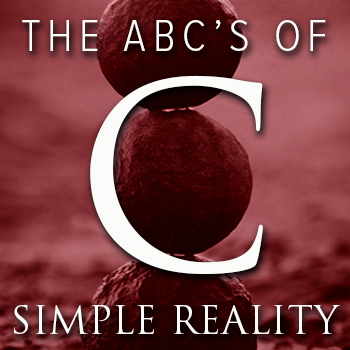 “I create my own reality” is the most important statement related to the act of creation that we can make. As far as “creation” the noun, we have found upon close examination that it turns out to be a projection, a mirage existing in our imagination. Nevertheless, there is much to learn from the “form” that our life takes and the roles that the false self and the True self play in that process.

Understanding cause and effect more profoundly would significantly change our experience of life. Gary Michael Durst in his book, Napkin Notes on the Art of Living, sums up the problem in America today. “Our society supports an effect position, both socially and politically.”  When we are reacting to our past conditioning we are powerless and blaming others, fate or events beyond our control for the “effect” that the experience of life is having on us. Durst continues, “I have a friend who collects examples of what he calls ‘Country Western Effect Songs.’ These include such titles as, ‘You Stole My Heart and Stomped That Sucker Flat’ and ‘If This Ain’t Thanksgiving, Why Am I Stuck With a Turkey Like You?’”  The false self finds itself continuously experiencing the effects of life and is a perpetual “victim” of a “life out of control.”

On the other hand, the person who takes responsibility for her life, understanding that she is the “cause” of what happens, is in control of and powerful in her ability to stay in response to what she has created. Her True self is never the victim of anyone or anything.

Another principle of the act of creating our own reality that is of crucial importance is self-reliance. We have everything necessary to create a joy-filled life. We have the inner wisdom that we can access as our guidance system and it is our connection to the Implicate Order which is infinite in its ability to create. We are also unique in the gifts we bring into the world. The worst thing we can to is to disempower ourselves by becoming dependent on something or someone else.

“Many become,” Durst says, “addicted to Transactional Analysis, est, Gestalt, rolfing, psycholanalysis, transcendental meditation, assertiveness training, and primal scream therapy.”  Temporary help from training and healing modalities is useful in strengthening the ego so that we can continue our process after being pointed in the right direction.   “Few [have] heeded Alan Watt’s admonishment that if you see a signpost that says ‘New York,’ climbing the post won’t get you anywhere.”  The paradox here is that life is a solitary journey with a planet full of delightful or not-so delightful traveling companions, but it is never, never boring.

Speaking in the typical religious context, Creation is the unfolding of God in space-time as form. Or we can say it is the evolutionary unfolding of the universe. A profound understanding puts nature or Creation beyond the time/space continuum in the eternal Now.

By fracturing Creation into discrete parts in violation of reality we laid the foundation of P-B and our own endless suffering. We have violated Truth and our own identity. Religion has supported this illusion by understanding metaphors as literal truth and mesmerizing humanity which has given over its destiny to the false self currently controlling most human behavior.

As an example, we have Joseph Campbell’s description, “our story of the Fall in the Garden sees nature as corrupt; and that myth corrupts the whole world for us. Because nature is thought of as a totally different civilization and a totally different way of living according to whether your myth presents nature as fallen or whether nature is in itself a manifestation of divinity, and the spirit is the revelation of the divinity that is inherent in nature.”

We are one with all of Creation including nature.  Oneness (P-A) is the only worldview supported by both human reasoning and human experience.