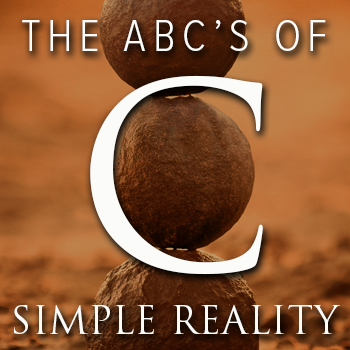 Perhaps the author of the statement in the Bible “Ye are gods” was not referring to our role in the creative process but might as well have been. Seth expressed the same idea without ambiguity when he said, “We are gods couched in creaturehood.”  In other words, we have a much more central role and more power in the process of creation than most of us are aware of. “You make your own reality. There is no other rule. Knowing this is the secret of creativity.”

Caroline Myss reminds us that with the power to create comes both opportunity and responsibility. “At the same time we have within us a relentless congenital desire to explore our own creative abilities, to develop our individual power and authority. This desire is the impetus behind our striving to become conscious. The universal human journey is one of becoming conscious of our power and how to use that power. Becoming conscious of the responsibility inherent in the power of choice represents the core of this journey.”  And the “core” of the creative process is choosing a response instead of a reaction.

“Creativity flows from an aspect of love that the Greeks called ‘eros.’ ‘Eros’ is the desire or need for something or someone other than yourself. It is expressed in sexuality, in creativity, in the need for relationship. Old myths say that the Universe came into being because the Ultimate Oneness of the void wanted there to be something to relate to, something other than the emptiness.”

All three levels of consciousness (personal consciousness, the personal unconscious and the collective unconscious) are involved in the creative process and C. G. Jung had unique insights into their relevance. “What is important for the study of literature is that the manifestations of the collective unconscious are compensatory to the conscious attitude. The dual nature of the personality is noted: the artist is both a human being with a personal life and an impersonal creative process. This dual nature puts a great strain on the artistic personality. Since the artist’s work responds to the needs of his society, it has implications greater than those involving his own personal fate. The archetypal images that the artist uses are morally neutral; therefore a great work of art is always morally and intellectually ambiguous. To grasp its meaning, we must allow it to shape us as it shaped the artist. It is suggested that this participation mystique is the secret of artistic creation and of the effect which great art has on the perceiver.”

The act of creation by a person in the present moment with an awareness of P-A and a True-self identity has a greater benefit for that person than creating unconsciously. “Every little work in life, however humble, can become an act of creation and therefore a means of salvation, because in all true creation we reconcile the finite with the Infinite, hence the joy of creation. When vision is pure and when creation is pure there is always joy.”

Scientists, of course, have their take on the creative process but none more interesting and open-minded than David Foster. “The creative process reflects the level of awareness. A metaphor would be the car that drives itself while we ‘sit back and enjoy the ride.’ We move from the ego who is driving the car to the essence which surrenders control to the Universe which was driving the car all along anyway.”  Shades of Nisargadatta’s “Have nothing, Know nothing and Do nothing.” Are we making this business of creating life too hard?

Simple Reality urges humanity to wake up to a perfect Universe. British mystic Thomas Troward explains this truth in terms of the creative process. “When this is properly understood, any anxious thought as to the means to be employed in the accomplishment of our purposes is seen to be quite unnecessary. If the end is already secured, then it follows that all the steps leading to it are secured also and then we have to work upon them, not with fear, doubt or feverish excitement, but calmly and joyously, because we know that the end is already secured, and that our reasonable use of such means as present themselves in the desired direction is only one portion of a much larger coordinated movement, the final result of which admits of no doubt.”

How does the creative process work? No one expressed this as clearly as Troward. “There is no difference in kind between the operation of first cause in the universal [collective] and in the particular [individual], the difference is only a difference of scale, but the power itself is identical.”   Remember, we are pure energy always creating through the instrumentation of our thought and responding or reacting in the context of P-B. What is of extreme importance is whether we are creating from a context of P-B (unconsciously) or P-A (consciously). “We must therefore always be very clear as to whether we are consciously using first cause or not. Note the word ‘consciously’ because, whether consciously or unconsciously, we are always using first cause.”

What Troward calls the universal subjective mind or first cause is what religion would call god. In P-A when we are experiencing the “flow” of creativity we often note how responsive the universal subjective mind is as we are expressing our uniqueness. What is important to realize, to repeat a very important realization, is that first cause is always responding whether we are aware of that or not. “Hence we are always impressing some sort of ideas upon it, whether we are aware of the fact or not, and all our existing limitations [suffering] result from our having habitually impressed upon it that idea of limitation [e.g., false self survival strategy] which we have imbibed by restricting all possibility to the region of secondary causes [symptoms and illusions].”

Hence, we must avoid taking the illusion of P-B to be reality. “If we regard the fulfillment of our purpose as contingent upon any circumstances, past, present, or future, we are not making use of first cause [response]; we have descended to the level of secondary causation [reaction], which is the region of doubts, fears, and limitations, all of which we are impressing upon the universal subjective mind with the inevitable result that it will build up corresponding external conditions [suffering].”

Troward does not mince words about the importance of creating in the present moment. “An ideal, as such, cannot be formed in the future. It must either be formed here and now or not be formed at all.”  And likewise, he also gets to the point about our relationship to the Implicate Order. “The truth is that man never creates anything. His function is, not to create, but to combine and distribute that which is already in being, and what we call our creations are new combinations of already existing material [energy] whether mental or corporeal. No one speaks of creating energy, but only of transforming one form of energy into another.”

A constant awareness of the principle of Oneness (P-A) is essential to creating wholesome and sustainable form and experience. Remember also, Nisargadatta’s “Do nothing” imperative which Troward was also keenly aware of. “[Focus on] the direction of the thought and, instead of centering it upon something we intend to do, letting it dwell quietly upon what we are.”  And what we are is perfect energy in a perfect universe and we have the key to all the treasures of the creative process and its infinite possibilities.