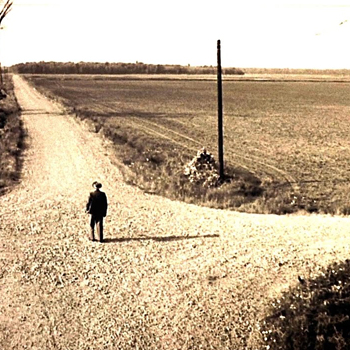 Events are historical if they happened in the past and historic if they were deemed important by those who write an account of the human story. An “historic” encounter that almost no one knows about (but should) occurred between two distinctly different worldviews about the time Buddha was said to have lived. Had humanity understood the historic implications of what two ancient philosophers advocated, we might have arrived at a place today more congenial for our survival.  More about those two philosophers in a moment.

An archetype or prototype is an original model or type or paradigm after which other similar things are patterned. Broadly speaking, we are historically committed to a paradigm chosen by others before we were born. Paradoxically, our personal narrative is one which we can choose but few people are aware of this. Hence, the widespread dissatisfaction many people have felt with their story (their “history”) and their identity within that story.

Even our choice of behavior from moment to moment is not often felt by many to be something that they are really in control of. Nevertheless, many of us today delude ourselves that we are in control of our lives and that we can still stand at the crossroads of history and make a good choice. We could if only we knew what the choices really are. OK, enough of that! What are those choices we don’t know about?

Going back in history some 2,500 years we find humanity in China standing at a crossroads and two archetypal human beings who represent the two fundamental narratives still available to us today. Why are they still available to us today? Because our history whether as individuals or collectives is created in the timeless present moment. Some historians believed these two Chinese sages, Lao-tzu and K’ung-fu-tze (Confucius) did meet and hence, did know one another. If so, their encounter must have seen some sparks fly because they had contrasting views of which road humanity should take, and indeed on the fundamentals of human nature itself.

In fact, the debate that did or would have occurred still takes place today and we can call that conflict of choices or crossroads P-A or P-B.  Lao-tzu [604- 531 B. C.] is not his name but a description meaning “The Old Master” and the book attributed to him, the Tao-Te-Ching translated as the “The Book of the Way and of Virtue” is the basic text of Taoist philosophy. Notice how the following description resembles the worldview of Simple Reality.

The Tao means literally “a road.”  “Basically, it is a way of thinking [a paradigm], or refusing to think; for in the view of the Taoists thought is a superficial affair, good only for argument, and more harmful than beneficial to life; the Way is to be found by rejecting the intellect and all its wares, and leading a modest life of retirement, rusticity and quiet contemplation of nature [simplicity, solitude and silence]. Knowledge is not virtue; on the contrary, rascals have increased since education spread. Knowledge is not wisdom, for nothing is so far from a sage as an “intellectual.” The worst conceivable government would be by philosophers; they botch every natural process with theory [think the “War on Drugs”]; their ability to make speeches and multiply ideas is precisely the sign of their incapacity for action.”

As we watch wisdom fade from the science-worshipping global village, Taoism also quietly makes its exit in modern China. “It is characteristic of Chinese thought [or used to be] that it speaks not of saints but of sages, not so much of goodness as of wisdom; to the Chinese the ideal is not the pious devotee but the mature and quiet mind, the man who, though fit to hold high place in the world, retires to simplicity and silence. Silence is the beginning of wisdom. Even of the Tao and wisdom the wise man does not speak, for wisdom can be transmitted never by words, only by example and experience. ‘He who knows (the Way) does not speak about it; he who speaks about it does not know it. He (who knows it) will keep his mouth shut and close the portals of his nostrils.’”  Wisdom does not come through the senses or the scientific method.

Confucius [551-479 B. C.] on the other hand was passionate about morality (precepts) applied to everyday life and government. He counseled perfection without realizing that a faulty worldview resulted in a false-self that made that expectation unrealistic. “Not men but laws should rule … and laws must be enforced until becoming a second nature to a society, they are obeyed without force.”

Will Durant shows how difficult it is to know what the history of humankind actually was by giving two conflicting assessments of the influence of Confucianism. “With the help of this philosophy China developed a harmonious community life, a zealous administration for learning and wisdom, and a quiet and stable culture which made Chinese civilization strong enough to survive every invasion and to remold every invader in its own image.”

Or is this what happened to China under the influence of Confucianism? “The rules of propriety, destined to form character and social order, became a straitjacket forcing almost every vital action into a prescribed and unaltered mold. There was something prim and Puritan about Confucianism which checked too thoroughly the natural and vigorous impulses of mankind, its virtue was so complete as to bring sterility.”  Even the best of historians will get lost in the contradictions and ambiguity of the illusion of P-B.

Simple Reality teaches that Confucius had the cart before the horse. Moral behavior is the result not the cause of the awakening of the True self. We are naturally compassionate but not while under the influence of our unconscious false-self survival strategy. In 1993 in the village of Guodian in central China, bamboo strips were found in a tomb. “The texts on the bamboo, composed more than three centuries before Christ, emphasize that following rules and fulfilling obligations are not enough to maintain social order.”  As the Tao-Te-Ching made clear, “The worst kind of Virtue never stops striving for Virtue, and so never achieves Virtue.”

Another historical crossroads which led humanity into the modern era occurred with the advent of modern science and the Enlightenment. “It was conceptually impossible before the year 1700, about, for anybody in the world to say when religion began and politics ended. Trying to take religion out of politics and warfare would have been like trying to take the gin out of a cocktail.”  Karen Armstrong understands as well as anyone that much of humanity is still immobilized at the crossroads, drunk on the poisonous cocktail of religion and politics.

Transcending both religion and politics is possible by choosing response over reaction in the present moment (Simple Reality). Mihaly Csikszentmihalyi’s book Flow: The Psychology of Optimal Experience explains how our inner wisdom can be brought to bear in everyday life. Csikszentmihalyi’s version of Krishnamurti’s “I don’t mind what’s happening” is described in his “autotelic self” which can translate potential threats into enjoyable challenges, and therefore remains in the Now experiencing the “feeling” of inner harmony. He would have agreed with Krishnamurti because he felt that “one can enjoy life even when objective circumstances are brutish and nasty.”

Returning to Americans, because they often found themselves standing at the crossroads of history, what did that process of choosing an American narrative look like? Boston was where the choice would be historic. The Boston Brahmins would make the choice and the Transcendentalists trying as they did to wake up and offer an alternative couldn’t quite pull it off. If there was a moment in time when the choice crystalized, it was in 1857.

The occasion was the founding of the Atlantic Monthly with James Russell Lowell as editor. The magazine became a national institution almost overnight and a symbol of America’s worldview. “Throughout America—in small rural towns, western cities, and eastern centers—thousands of subscribers eagerly awaited each new issue and thrilled at the works of its illustrious contributors.”

The path chosen at the mid-nineteenth century crossroads was religious morality but at least the most severe iteration, Calvinism, was abandoned. Oliver Wendell Holmes referred to the symbolic collapse of the Calvinist deacon’s carriage in his poem “One-Hoss Shay.”

You see, of course, if you’re not a dunce,
How it went to pieces all at once,
All at once, and nothing first,
Just as bubbles do when they burst.
End of the wonderful one-hoss shay,
Logic is logic. That’s all I say.

At this crossroads a science-based system of logic began to replace Calvinist predestination but continued to lead further away from human intuition and Simple Reality.

Our short essay on “spiritual travel” and choosing directions brings us to our own 21st century crossroads. “For as long as humans have walked, they have walked to get closer to their gods. The Babylonians made pilgrimages, as did the Greeks, Israelites, Chinese and Mayans. The Arabic word for pilgrimage, haji, comes from the Hebrew world for celebration, hag. In Tibetan, the word for human being means ‘goer.’”

So, where do we seem to be going today? Are we following the intellect-guided Boston Brahmins in the tradition of Confucian precepts focusing on morality or are we tending to listen to our inner wisdom in choosing the “Way”?

We may not have yet chosen the high road to the present moment, but maybe we are headed back to the intersection that can take us there. Karen Armstrong might be pleased to hear that like the reaction against Calvinism in the 19th century, Americans and indeed the global village is turning away from mainstream religions.

Today’s spiritual travel, while not yet conscious, is at least headed in a healthier direction. “In the United States, surveys from Pew and others show that attendance is down, membership is down, even the number of people willing to define themselves as religious is down. A 2012 Gallup study of 39 countries (from Asia to Africa) found a ‘notable decline across the globe’ in self-described religiosity, down 9 percent in just seven years.”

The worst that can happen to a human being is to allow oneself to be swept along by the “lights” of reason.
Jorge Bergoglio (Pope Francis)

But then there are those who cling to the Ten Commandments with a Confucian stubbornness. Don’t worry David Brooks, we are not taking you to the woodshed again because that didn’t seem to work with you. Obviously, Calvinism was not completely eliminated during the Yankee enlightenment and we must give the moralists their platform with our tongue in our cheek of course.

As Mr. Brooks points out, “Religion may begin with experience beyond reason, but faith relies on reason.”  Sadly, no! What is described by David Brooks is the human condition in a delusional paradigm, with an identity resulting in behaviors that are (as we see around us everywhere today) self-destructive. What we hope our struggling media pundits, our pandering politicians and pulpit grasping priests come to realize is that it is an AUTHENTIC experience well beyond reason that will lead us back to the crossroads where we will realize we have nowhere to go.

We stand perpetually each moment of our lives at the crossroads of intuition and the intellect, the decision point symbolized by the Taoist/Confucian archetypes. We allow our false self to obscure the simplicity of that decision and to paralyze our heartfelt choice of response over reaction, compassion over fear. Heaven is indeed already here and Now.