The Illusion of Change 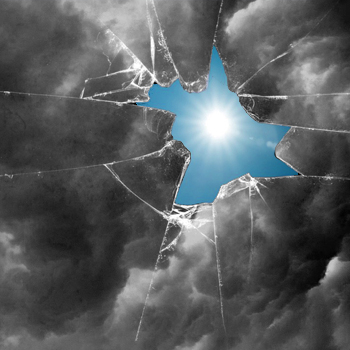 One purpose of the Simple Reality project is to foment change.  To do that, we have to get your attention.  How about a bit of tongue-in-check self-promotion to begin this essay: “Seventy-six year-old sage Roy Henry bursts onto the stage with a message of stark realism concerning the human condition. No one can afford to miss his latest book because no one will fail to experience the catastrophe described in it.” Like that!

Or we can come up with relevant metaphors that capture the human imagination and help create energy for self-transformation.  “The old ship Titanic is sinking, so abandon ship. Patching the gaping hole is not possible, so a radical change is necessary. We have to let go of our attachments to the old tub and get in the lifeboats and row into the unknown.” Like that!

But the damage is exaggerated, some will say. It can be fixed and repairs are already underway. OK, let’s go below and see if what those who are attached to the tried and true way of doing things are correct. Is the old ship (the old story P-B) still seaworthy and do we have the skill and wisdom, and enough courage and willpower to keep it afloat?

The latest research in human behavior suggests that where we are shapes who we are. In the language of Simple Reality, we say that our story determines our identity. Secondly, we have been making the case that the old ship is not a safe environment, it is toxic. Maybe this would persuade those who are resistant to change to entertain a change in vessels.

An unhealthy environment shapes self-destructive human behavior and a healthy environment brings out the best in people. The false self in P-B is a fragile identity in that it doesn’t exhibit predictable ethical behavior but is easily influenced by its context.

Most of us would like to think that we are consistent in our day-to-day expression of generosity and respect toward others and regard for our communities: “But the growing evidence suggests that, on some level, who we are—litterbug or good citizen, for example—changes from moment to moment, depending on where we happen to be.”  This is the relative reality of P-B.

“Most people, in fact, think of themselves as generous. In self-assessment studies, people generally see themselves as kind, friendly and honest, too. We imagine that these traits are a set of enduring attributes that sum up who we really are. But in truth, we’re more like chameleons who instinctively and unintentionally change how we behave based on our surroundings.”

The “broken windows theory” is a relevant study that supports the influence of a P-B environment. “The theory’s authors, James Q. Wilson and George L. Kelling, hypothesized in a 1982 article for The Atlantic Monthly that if the broken windows in a building were not repaired, people were more likely to break additional windows in the structure. And that, in turn, would only encourage more vandalism.”

Hundreds of such studies over a period of several decades have supported the broken windows theory. “These studies tell us something profound, and perhaps a bit disturbing, about what makes us who we are: there isn’t a single version of “you” or “me.” Though we’re all anchored to our own distinct personalities, contextual clues sometimes drag us so far from those anchors that it’s difficult to know who we really are—or at least what we’re likely to do in a given circumstance.”  Because she is manned by sailors with vague and shifting identities it has not been smooth sailing thus far for the all of us trying to keep the global Titanic afloat.

If we are adrift on the crippled and sinking ship of P-B without the anchor of our True-self identity, then we are at the mercy of our reactive self and under the influence of our old-story self which will be blown hither and yon by the winds of the ethics of the ever-changing relative environment. We are not going to trouble ourselves with our behavior even if our ship is sinking if we think no one is looking at our behavior or is behaving the same way we are. This has been the self-destructive story of the voyage of the global Titanic from the beginning of human history.

Despite what sounds like a downer in assessing human history in the first essays in this chapter, we dare not forget the truth concerning the voyage of humanity. All bad news is relative, i.e. it has no basis in Reality. Listen once again to our friend Einstein, more mystic than physicist. He intimated that the “Universe is friendly” meaning that Creation (One Mind) is perfect or there would not be any Creation. He was, of course, right about that and we can take comfort in the fact that we also must be perfect since Creation is one interrelated, interdependent and interwoven tapestry.

The rub is, we cannot enjoy that perfect Creation until we are conscious of the choices available to us. When we speak in this book of P-B, then, we are not referring to an actual alternative paradigm, but rather a “default story,” a story resulting in our failure to awaken from our “fall” into unconsciousness. Even though the illusion of P-B doesn’t, in fact, exist for most of us it “appears” to be “out there.” Therefore, when we speak of a study of history in the context of Simple Reality it does not have the conventional meaning most of us are conditioned to expect. Our study of history in this chapter is for the purpose of revealing a mirage so that it will disappear as we come to understand it.

What about the positive episodes in that epic historical voyage? Let us choose a modern twentieth century example that many of us remember or at least an historic event most of us are aware of. For example, India can be proud of the abolition of the caste system some 60 years ago. Right? Don’t underestimate the influence of P-B upon Indian behavior or its history.

The castes were originally supposedly professional divisions but were eventually locked rigidly into place by birth and a structure of social rules that governed behavior both between and within them. Historically there were four main castes. At the top were the priests and teachers (Brahmins), next the warriors and rulers (Kshatriyas), third were the merchants (Vaishyas), and the laborers (Shudras). At the bottom the untouchables (Dalits), called Harijans or “children of God” by Mahatma Gandhi.

The Indian caste system today differs only in the details and is incompatible with a society that imagines itself as a democracy. For example, the Vaishya caste has the Gujarati Baniyas who specialize in finance, and the Brahmins have the Tamil who focus on math and classical music. “It’s the equivalent, in America of expecting the Asian kid to have good grades, the black man to be the best dancer and the Jewish guy to be well-read and have some slight mother issues.”

The caste system is vividly felt in both marriage and politics. Surveys reveal that almost half the voting population considers caste the most important reason to vote for a given candidate. Affirmative action is being used to help make up for the lack of education among the Dalits. Upward movement among the untouchables in Indian society has been slow. The vast majority of high paying jobs are held by the top three castes.

The attitudes, beliefs and values of P-B poison all of the world’s societies. Even as a nation’s people strive to become more tolerant of other classes, races and religions, the dynamics of politics continue to have a divisive effect on democratization. Fear-driven competition for what is perceived to be a limited amount of material wealth and power continue to drive the dynamic of shadow projection.

“As India transforms, one might expect caste to dissolve and disappear, but that is not happening. Instead, caste is making its presence felt in ways similar to race in modern America: less important now in jobs and education, but vibrantly alive when it comes to two significant societal markers—marriage and politics.”

The human false self has been controlling history, the cumulative record of human behavior, since we evolved into mammals with a brain conscious enough to remember our past. Only we can change the direction of that history and we are unlikely to do that without a plan. Remember, we are the creature that reasons, but we first have to become conscious. Until then our history, like everything else about us, is not what we imagine it to be.