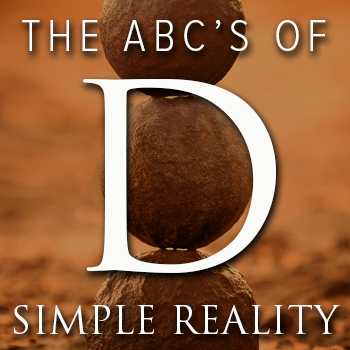 “I feel now as if there was nothing I could not do, because I want nothing.”
Ellie in Heartbreak House by George Bernard Shaw.

The answer to the Second Great Question is crucial in shifting to P-A. Who am I? All human suffering flows from the inability to answer this question profoundly. Fortunately, there are many wise teachers who can help us discover who we are thereby transcending the old P-B identity. Craving and aversion have long been known to not only be the cause of all human suffering but also to be the foundation for the delusion of P-B. Let us examine the essence of the new identity that will liberate us from the prison of the old narrative.

“The Self is the only subject, the entire universe being the object, Bondage—which consists in identifying the Self, which is the witness of the universe, with the body, mind, and the universe.”  We would simplify Clive Johnson’s more poetic description with our own concrete experiences that: Most of our suffering and illusion stems from identification with our body, mind and emotions.

Dis-identification is not a synonym for detachment and has some advantages over the latter. The goal of Self-transformation is, and we repeat, to cease identifying with the illusion of form, i.e. with the body, mind and emotions. The Latin identitas means “the same as,” therefore we are recognizing that we are not the same thing as anything we want to dis-identify with. The Buddha recognized that all human suffering originates in identifying with the ephemeral, with all temporary form. Once the process of dis-identification is complete then all craving and aversion falls away and we are free. The great Indian poet, Tagore, said “man’s progress in the path of eternal life is through a series of renunciations.”

Now that we have a somewhat sketchy idea of the importance of our identity and what not to identify with, let’s flesh out the picture with more detail. Mahatma Ghandi understood the importance of not being attached to what the mind thinks it wants. “Detachment is not apathy or indifference. It is the prerequisite for effective involvement. Often what we think is best for others is distorted by our attachment to our opinions: we want others to be happy in the way we think they should be happy. It is only when we want nothing for ourselves that we are able to see clearly into others’ needs and understand how to serve them.”

No one recognized the importance of detaching from or not identifying with the mind better than Zen Buddhists. The Zen goal of “no mind” eliminates all desires including the desire for success or victory. The many samurai who were practitioners of Zen had this state as their goal which would make them fearless and detached in battle. “Some think that striking is to strike. But striking is not to strike, nor is killing to kill. He who strikes and he who is struck—they are both no more than a dream that has no reality.”

Just as Oneness is the foundation for P-A, duality is the foundation for P-B and leads to a lack of true presence in life, a kind of indifference. Clive Johnson describes the Hindu perspective on our subject. “Un-attachment is not indifference; nor is it the suppression of natural feelings of pleasure and pain. Attachment springs from the concept of duality, the idea that there are more entities than one. The individual is Consciousness identified with his own body, mind, and senses. As long as this identification persists, the individual’s relationship with the world will be based upon this sense of indifference.”

Everything in this world is fraught with fear and the very things that we think are desirable paradoxically are not.

Sri Aurobindo, a great Eastern teacher, connects detachment with the present moment. “The way is to abandon attachment to the fruit of works even while doing them, and the way is to recognize Nature as the agent and leave her to do her works and to live in the soul [the Now] as the witness and sustainer, watching and sustaining her, but not attached either to her actions or their fruits. The ego, the limited and troubled personality is then quieted and merged in the consciousness of the one impersonal Self, while the works of Nature continue to our vision to operate through all these ‘becomings’ or existences which are now seen by us as living and acting and moving, under her impulsion entirely, in this one infinite Being.”

The specific behavior to achieve detachment is to employ the Point of Power Practice choosing response over reaction.

Perhaps the greatest challenge of all for those of us seeking detachment is to realize that virtually everything we formerly thought to be desirable or pleasurable is in fact a source of suffering. “Meister Eckhart says: ‘I came not upon earth to bring peace but a sword; to cut away all things, to part thee from brother, child, mother and friend, which are really thy foes. For verily thy comforts are thy foes. Doth thine eye see all things and thine ear hear all things and thy heart remember them all, then in these things thy soul is destroyed.”  Someone asked Shankara an important question. “What is happiness? ‘Detachment,’ he said.”  And so it is.