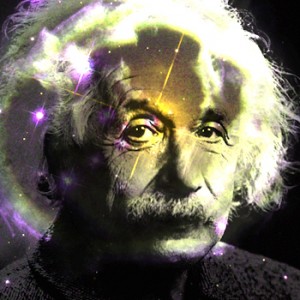 One reason humanity seems to be paralyzed within the narrative of P-B is the failure to take a fearless look at the reality of our unsustainable, and ultimately, self-destructive worldview. Einstein was not afraid to question the prevailing scientific paradigm of his day. He was a fearless iconoclast and simply examined the basic assumptions underpinning Newtonian physics and found them flawed. In short, they were not profound or even in harmony with reality. We would do well to do the same thing with the worldview on which we base our increasingly globalized culture. It will not withstand fearless scrutiny either.

“Einstein destroyed classical certainty, but only so he could uncover a deeper kind of certainty. Isaac Newton had envisioned a universe built on absolute space, an invisible metric against which all motion can be measured. Einstein replaced Newton’s universe with one built on absolute law, meaning that the speed of light and other fundamentals of physics remain the same from all perspectives.”

In search of the answer to the First Great Question, Where Are We? we can use the same rigorous logic that Einstein used. First, there is an Absolute Truth when we ask: What is the nature of Reality? And, secondly, we possess the innate ability to understand the answer to this and other profound questions commonly thought to be beyond the comprehension of the average or indeed any human being. We must approach the nature of Absolute Reality with the same confidence that Einstein approached the absolute principles of science.

The fundamental Absolute concerning the nature of Reality is Oneness. All physical form and all thought forms are inter-related and inter-dependent. In short, Reality is One. Any profound human culture must be constructed on this foundation or it will crumble when placed under stress. The global village in the decades to come will experience the most stress that it has ever endured. Without a shift in our story similar to the one that Einstein achieved in science, we will not avoid the catastrophic collapse of the old worldview.

The challenge of such a paradigm shift in not an intellectually difficult one: “Einstein’s triumphs were guided not by strange new experiments but by rigorous logic, not by the most esoteric questions of the day but by the most basic ones. He famously argued that ‘all physical theories, their mathematical expressions notwithstanding, ought to lend themselves to so simple a description that even a child could understand them.” Indeed, Simple Reality can be articulated in a language simple enough for a child to comprehend. But those simple principles must be taught in the context of P-A not P-B or they will not make sense any more than Newton’s physics makes sense in the light of today’s quantum physics.

“Special relativity showed how to explain what we observe (Maxwell’s laws) by discarding what we cannot observe (Newton’s absolute space). These mental pictures convinced Einstein that the cosmos had to operate on a more consistent and fundamentally simple basis than his colleagues believed. He addressed these shortcomings by inventing his own physics and finding new ways to measure space and time.”

Likewise, the principles underlying P-A are simple and self-evident. Fortunately for us, the fundamental laws of P-A already exist in the ages-old Perennial Wisdom. It only remains for us to acknowledge these universal truths in creating a new sustainable story for our new context and then let that story drive a new identity and the subsequent change in human behavior.

Inherent in each individual is our inner wisdom experienced by us as intuition. However, these insights often cannot be expressed in an understandable way using the language of P-B. A new language is needed and the disciplines of psychology, science and mythology are good sources for this new and simple language. “Once again Einstein plays the role of thoughtful revolutionary, reinventing familiar terms to expose broader truths.”

How will we know when we have shifted to the new paradigm, attained a more wholesome identity and are finally behaving in a sustainable way? We will know in much the same way that Einstein knew that his new physics was more profound than the old. “‘What I see in Nature is a grand design that we can understand only imperfectly, one which a responsible person must look at with humility,’ he said. ‘This is a genuinely religious feeling and has nothing to do with mysticism.’”

He repeatedly described the “cosmic religious feeling” that often accompanies great scientific discoveries. The equivalent language in P-A reveals the basic distinction made between emotion and feeling. The former, being the reaction of the false self when caught up in P-B, and the latter, the response that is possible when in the present moment; the only “place” where we can experience P-A. The Now is the only “time” when we can access our intuitional wisdom which provides us a connection to the experience of the Absolute unavailable to us through our intellect which dominates P-B.

We can easily believe that Einstein understood, at least partially, the importance of the shift to P-A built on the foundation of Oneness. “The search for uniformity and harmony, which Einstein regarded as the core aesthetic of his science, guides almost all advanced ideas in physics today.” Now it remains for us to turn within and let our intuitional understanding of Oneness provide humanity with a unified theory of how humanity can thrive on this planet. That theory firmly rooted in the ages-old human experience is Simple Reality.