Science to the Rescue – Not! 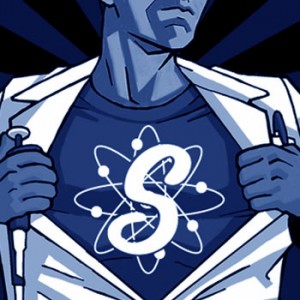 Many people when confronted with an unsustainable P-B hold out the hope that science will come to the rescue in the nick of time. The “perfect storm,” many of us hope, will be averted by some last minute “miraculous science” solving such threats as pandemics; the effects of global warming; critical shortages of arable land, clean water or breathable air; a nuclear winter; or other similar disasters. Sorry; it ain’t gonna happen!

Science by itself cannot address the relative problems of P-B which are in most cases the symptoms of an unconscious humanity. In other words, human beings mesmerized by P-B have an unlimited capacity to create new disasters faster than science could address them if in fact they could be solved by science at all. “Science itself tells us that there are limits to knowledge. Relativity theory prohibits travel or communication faster than light. Quantum mechanics and chaos theory constrain the precision with which we can make predictions. Evolutionary biology reminds us that we are animals, shaped by natural selection not for discovering deep truths of nature but for breeding.”

In short, science is limited by boundaries which it cannot cross. Science is limited but human beings are not. We limit ourselves by relying on the intellect rather than our intuition and the power of our connection to the deeper wisdom inherent in the present moment. We have much more power over our circumstances than we have hitherto imagined including all of the seeming insoluble problems confronting us today.

All of the disciplines created by the human mind have failed us including science and philosophy precisely because they are a product of the human mind which created P-B. Basing any solutions on our sensory experience or so-called empirically based science is by definition doomed to failure. All of that evidence is part of the illusion that we have created and science only deepens and elaborates that illusion. John Hogan hits the nail squarely on the head. “Scientists’ attempts to solve these mysteries often take the form of what I call ironic science—unconfirmable speculation more akin to philosophy or literature than genuine science. (The literal statement of fact.) A prime example of this style of thinking is the anthropic principle, which holds that the universe must have the form we observe because otherwise we would not be here to observe it. The anthropic principle championed by leading physicists such as Leonard Susskind of Stanford University, is cosmology’s version of creationism.”

Hogan’s controversial book The End of Science offended scientists who think that answers to such problems as cancer, schizophrenia, AIDS or global warming are possible. Of course they are but these are not ultimate problems facing humanity. These are in fact non-problems. The fundamental problem which drives all so-called human problems is beyond the realm of knowledge itself. The solution to human suffering can only be effectively addressed by transcending knowledge and redefining how to understand our unsustainable story. This is obviously done by changing the story itself. Once we shift from P-B to P-A the problems disappear because they never existed in the first place. That is to say they only existed because they were fundamentally a product of the old narrative. When we leave the old worldview behind, we also leave behind the experience of suffering itself.

Now that wasn’t so hard was it? Ha ha ha ha ha!