Heroes Lost in a Dream 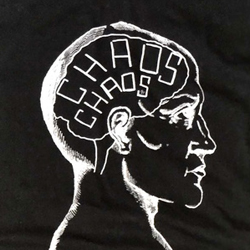 It is natural for the unconscious human to fear the illusion of “chaos” (P-B) and shun the responsibility for dealing with his fears by giving away his power to a hero to secure for him a place in the kingdom of “order,” a place in paradise. Our heroes can be human or divine, members of our own tribe or nation or transcendent gods or saviors. Whoever they may be, they are figments of our imagination, desperate products of our existential fear. Both humanity and its heroes wander about lost in the same dream and that includes our presidents, priests, philosophers, scientists and fictional avatars.

Our dreamlike world and that of our heroes is topsy-turvy. Power is impotence, strength is actually weakness, symptoms appear as problems, what seems like pleasure brings only suffering and the world of form so seemingly substantial fades quickly into the mists of time. Reality is most definitely not what it seems, nor are we.

To illustrate, we can shadow the footsteps of U.S. President Barack Obama, a hero to some but as we shall see, lost in a nightmare of his own making.

American foreign policy papers speak of an Afghan nation when there is no such nation. Afghanistan is a geographical region so shattered by sectarian, tribal and ethnic illusions that nationhood is not a practical goal. First, British imperialists, then Soviet imperialist and now American imperialists have failed to understand where they were when they stumbled into that portion of the human nightmare that has had particularly horrific historical episodes. But, alas, as we are learning, the false self is not teachable and doomed to relive the same nightmare over and over.

The definition of imperialism as the policy of extending a nation’s authority by territorial acquisition or by the establishment of economic and political hegemony over other nations locates that aspect of human behavior firmly in the security energy center of the false self. President Obama, despite being mesmerized by his false self, proves to be a quick study, relatively speaking. Imperialism does not come naturally to him so he had to enter into an heroic struggle when considering what to do with the problem of Afghanistan which he inherited.

While protecting his right flank against charges of weakness the President’s thinking began to evolve as he tried to match his foreign policy with his identity. First, with an optimism not justified by the reality of Afghanistan’s history or by the reality obvious to a conscious observer, “He would send in ‘agricultural specialists and educators, engineers and lawyers’—a virtual ‘civilian surge’ to fashion a new Afghanistan economy, train policemen and assist farmers. His goal was a level of societal coherence and governmental functionality never before seen in that mountain redoubt of a country.”  Nor would it be seen in a region whose people exemplified the worst in P-B reactive behavior.

Secondly, after reality began to be at least partly understood at the end of 2010, “Obama convened a committee charged with narrowing his Afghan mission to its bare essence and finding a quick passageway to the exits. The committee called itself ‘Afghan Good Enough.’ Nation-building was dead; reality had set in.”  Well, not the Reality we prefer but the Administration was at least moving away from deep sleep to a fitful nightmare.

In his book Confront and Conceal David Sanger, The New York Times Washington correspondent, describes the next step in the President’s transformation, what he calls the “Obama Doctrine.” “When confronted with a direct threat to American security, Obama has shown he is willing to act unilaterally—in a targeted, get-in-get-out fashion, that avoids, at all costs, the kind of messy ground wars and lengthy occupations that have drained America’s treasury and spirit for the past decades.” Sanger is probably including Vietnam, the other ten-year long optional war where the American people were seduced by their collective false self to react in fear to a non-existent threat.

Will President Obama’s understanding of the relative reality of global geopolitics help him avoid a future war where no national threat exists? The Obama Doctrine’s next evolutionary plateau takes into consideration the economic reality of avoidable wars. Sanger writes, “When so many bills have come due, Obama has made the case for an America that can no longer do it all. It must pick its fights.” Is the President on his way to a Buddha-like awakening from the nightmare of P-B? Unlikely, but then neither is the rest of humanity. For the most part we are all in the midst of the hero’s journey, lost in a dream.

Let’s make our exploration of the distinction between a P-B identity and a P-A identity all the more interesting by introducing the concepts of free will and responsibility. Can we hold American presidents or the American people for that matter responsible for unnecessary wars if they in fact did not in reality have a choice—a conscious choice that is.

The principles of Simple Reality make it clear that the modern belief that we use our minds to make our decisions and that these decisions are “rational” is insupportable, in P-B that is. A P-B sleepwalker does not have free will nor can he control the content of his delusional dream-like experience. Sam Harris in his latest book entitled Free Will, agrees that free will is an illusion. If, in fact, we lack free will, can we be held responsible for our behavior? Good question!

Harris writes that, “Our wills are simply not of our own making. Thoughts and intentions emerge from background causes of which we are unaware and over which we exert no conscious control.”  Unduly pessimistic, Harris has humanity virtually powerless in our quest for transformation let alone transcendence but that is because he falls into the ubiquitous trap created by the limited human intellect. Science and the intellect are blind to intuition, to inner wisdom, to the existence of the “intelligence” centered in the heart.

And yet science has discovered and measured that intelligence but had no context in which to place the significance of their discovery. In the early 1980’s physiologist Benjamin Libet and others conducted the now famous EEG experiments. “They showed that the brain makes decisions before consciousness becomes aware of them.”  The conclusion of science and authors like Harris is that humans are purely reactive and have no time, because of their conditioning and the brains split-second reaction, to exercise free will. We know this to be a description of the false-self energy center behavior as we humans deploy our survival strategies in pursuit of plenty, pleasure and power and our reactions to our existential anxiety. But that is not the whole story and certainly not the true identity of the human being who does indeed have free will—just not when expressing the false self—just not in the context of P-B.

In his book Free Will as in his criticism of religion in his book The End of Faith, Harris is unable to gain the necessary insights that would enable him to see more deeply into the crucial connections among the human story, identity and behavior; the profound discoveries of the collective unconscious, the influence of the shadow, false-self conditioning and indeed the metaphorical hero’s journey, all of which give resounding support to human free will. And yes even the world’s religions if deeply understood would consign Harris, et al. to the naïve and woefully limited world of the human intellect because the animal that reasons is a mere shadow of the animal that creates its own reality.

We cannot blame Harris and other scientists for their failure to understand that we are the “authors of our own experience.” As we have learned in Simple Reality, the human intellect was not designed to understand the otherworldly realm of P-A. After all, it is not free will that is an illusion but rather it is science and the world of form that only appears to exist. As the mirage of science begins to fade on the horizon so do all of the books filled with irrelevant argumentation and theories of philosophy. How many angels blah, blah, blah—it doesn’t matter. Philosophers can chase their tales in the maze that is the human mind and end up with nothing but mouths full of hair.

The best-selling writers are writing for an unconscious readership—however not a readership that cannot wake up; but instead, readers who have chosen to not wake up. We humans are powerful, perfect and can choose at any time to rewrite our narrative, choose an empowering new identity and embrace compassion as the foundation of all of our behaviors. Or we can choose to believe the unconscious “nay-sayers” all of whom have free will but sadly have chosen to remain hero’s lost in a dream.