In Search of P-A 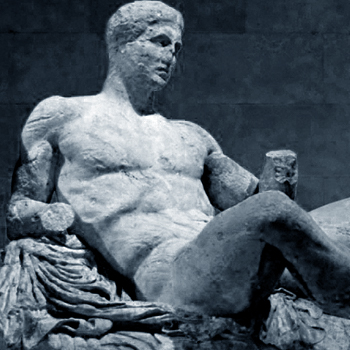 Whereas Will Durant sees the expression of the materialism of the security energy center of the false self as characterizing American identity, it is wisdom that he sees as dominating the identity of the ancient Greeks. “Greece respected wisdom as India respected holiness, as Renaissance Italy respected artistic genius, as young America naturally respected economic enterprise. The heroes of Greece were not saints, or artists, or millionaires, but sages; and her most honored sages were not theorists but men who made their wisdom function actively in the world.”  To the degree that the Greeks’ highest aspiration was wisdom, to that degree they sought to create P-A. To the degree that the highest American aspiration is material wealth, to that degree they seek and of course succeed in creating P-B.

Being the birthplace of Western civilization, understanding the Greek worldview and evolution of Greek culture gives humanity insights into the current human condition. “When we look for unifying elements in the civilization of these scattered cities we find essentially five: a common language, with local dialects; a common intellectual life, in which only major figures in literature, philosophy, and science are known far beyond their political frontiers; a common passion for athletics, finding outlet in municipal and interstate games; a love of beauty locally expressed in forms of art common to all the Greek communities; and a partly common religious ritual and belief.”

The unifying elements of a common culture were made possible by a critical turning point in the history of Western civilization which occurred in the year 479 B.C.E.  “The Greco-Persian War was the most momentous conflict in European history, for it made Europe possible. It won for Western civilization the opportunity to develop its own economic life—unburdened with alien tribute or taxation—and its own political institutions, free from the dictation of Oriental kings. It won for Greece a clear road for the first great experiment in liberty; it preserve0d the Greek mind for three centuries from the enervating mysticism of the East, and secured for Greek enterprise full freedom of the sea.”  This split of intellect from intuition, of purely rational thought from mysticism, committed Western civilization to an unsustainable narrative, a self-destructive outcome.

Nevertheless, the benefits to humankind flowing from the Greek experiment were many. The aspirations to democracy, however imperfect, began in the Athens of Pericles (463-431 B.C.E.). “‘Everyone would admit,’ says Isocrates, ‘that our laws have been the source of very many and very great benefits to the life of humanity.’ Here for the first time in history is a government of laws and not of men.”

The names of the great philosophers are unknown to the masses but the names of the spiritual masters are universally familiar. History has a partial answer as to why this is so. Will Durant says, “The Greeks offered the East philosophy, the East offered Greece religion; religion won because philosophy was a luxury for the few, religion was a consolation for the many.”  That explanation is as true today as it was then. The mass of humanity flees its own false-self, seeking in religion a distraction and finding delusion.

We meet our destiny on the road we take to avoid it.
C. G. Jung

The Greek philosophers struggled to discover the nature of reality and although they did not succeed they moved humanity forward in its understanding of the relative world, the world of P-B. “Every Greek colony poured the elixir of Greek art and thought into the cultural blood of the hinterland—into Spain and Gaul, Etruria and Rome, Egypt and Palestine, Syria and Asia Minor, and along the shores of the Black Sea …” and, Durant continues, “the views of Greek poets, mystics, philosophers and scientists were scattered through scholars and students into every city of the Mediterranean concourse.”

“The Byzantine Empire wedded Greek to Asiatic culture, and passed on some part of the Greek inheritance to the Near East and the Slavic north. The Syrian Christians took up the torch and handed it to the Arabs, who carried it through Africa to Spain. Byzantine, Moslem, and Jewish scholars conveyed or translated the Greek masterpieces to Italy, arousing first the philosophy of the Schoolmen and then the fever of the Renaissance. Since that second birth of the European mind the spirit of Greece has seeped so thoroughly into modern culture that “all civilized nations, in all that concerns the activity of the intellect, are colonies of Hellas’ today.”  The Greeks did their best in the search for truth and beauty. Truth eluded them but the legacy of beauty left to humanity shines around the world today.

FOOTNOTE: It can be said that Greek civilization ended in 325 A.D. with the founding of Constantinople and the beginning of the Christian Byzantine civilization.