The Writing Is On The Wall 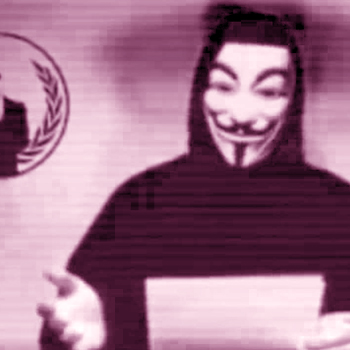 After I began to make the choice to respond and stay present as best I could, everything about my life began to change, to shift. For example, probably because I had been a history teacher for three decades, I could see that the entire chronicle of human history would have to be re-written to make sense in the context of P-A. Not just the “what happened” but more importantly “why it happened.” Simple Reality provides a perspective from which we can see deeply into why human behavior occurred as it did and how to redirect the course of the human meta-narrative as well as the experience of the individual.

When I began to write this essay three titles popped into my head. This happens often and I have always picked the title that best conveyed the central message of the piece. Each of the following titles communicated something that was important and I wanted to keep them all.  I ended up using all three under yet a different title that I liked even better. The original titles became a central part of the essay itself as we shall see.

The history that humanity has experienced has been the history that we have chosen, albeit for the most part, unconsciously. If we have been choosing unconsciously is that really a choice? Good point! However, throughout our history there have been individuals who have tried to direct our attention to the same thing that this essay does. How we choose to live our lives moment-to-moment determines our history over time. If we insist on not hearing the message of the mystics or our own inner wisdom, we are choosing. To not choose is to choose. To choose P-B is to not choose P-A. To flee from our own inner awareness is cowardly, it is surrendering to fear; it is to write a history, chapter after chapter of unchanging darkness.

The unfolding disaster taking place all around us is nothing new and we all know that it is happening. We humans are highly resistant to making choices that appear as if they will be difficult. “Go with the flow” we seem to say even though we know deep down that we are headed for chaos. Long term benefits are not attractive; we want relief now. “Just gimme the pill doc, I am not going to make a lifestyle change.” “I don’t want to acknowledge my suffering; I want a distraction, an escape, a plausible denial.”

Given that human behavior, regardless of when in history it occurs, is driven by the same false self and the same fears, we can expect an amazing consistency in the evolution of human communities, empires and nations. People have usually chosen what seemed to them at the time the “quick fix,” the “easy way out,” the “illusion of pleasure,” anything to avoid “thinking things through.” There have been no successful communities in the history of humanity given that P-B and a sustainable “gathering” of Homo sapiens is mutually exclusive. You will see what we mean when we compare the self-destructive behaviors of ancient Romans with modern Americans. Only the details are different.

In his history of the Roman Empire Will Durant reveals the presence of the false-self security center operating in both Rome and the U.S. “The older Romans used temples as their banks, as we use banks as our temples.”  Great insight, don’t you think? Will Durant is no run-of-the-mill historian.  The more things change, the more they stay the same indeed—think Wall Street, politicians, lobbyists and corporations—think greed run amok.

Rome did not have to produce goods; it took the world’s money [borrowing sovereign funds from other “nations” if you will as America does from China and Japan today] and used it to pay for the world’s goods. Public works were expanded beyond precedent and enriched “publicans [think Halliburton and the 400 Americans (1%) whose wealth now equals the rest of their fellow Americans (99%)] who lived on state contracts; any Roman who had a little money bought shares in their corporations. Bankers proliferated and prospered; they paid interest on deposits, cashed checks, met bills for their clients … made or managed investments, and fattened on such relentless usury that cutthroat and moneylender [Goldman Sachs, et. al.] became one word.”

“Houses [in Rome] became larger as families became smaller; furniture grew lavish in a race for conspicuous consumption.”  “Clodius, leader of the plebs, built a mansion costing 14,800,000 [cisterces] … Other villas rose on the hills outside of Rome; rich men had several, moving from one to another as the season changed.” And in America today? “The average home price in this mountain town [Aspen] has increased over the past four years, to $6 million in 2010.”   As in ancient Rome, many of these “villas” in Aspen are second homes.

No matter where we look in human history, the false self is consistent in its behavior, only the details of story and identity vary. The “pleasure” of wealth and power has always been a source of suffering for all of us whether we lived in an ancient Roman villa or a $30 million mansion overlooking Aspen Mountain.

In fact, maybe the more wealth and power the more suffering. “The Aspen area is suffering from what some here describe as an epidemic of emotional crises and suicides … This is not a new problem for Aspen. The suicide rate here has loomed above Colorado’s already–high average for at least a decade.”  Colorado has the 10th highest suicide rate in the nation.

The rising obesity rates in the U.S. had their equivalent in Rome as citizens stressed by the bewildering and scary behavior of their fellow citizens turned to food for distraction and escape. In America we all recognize the health crisis associated with compulsive eating. “‘The citizens,’ Cato mourned, ‘no longer listen to good advice, for the belly has no ears.’”   The sensation energy center of the false self encourages conspicuous consumption and not only in spacious Roman villas and Colorado “second homes.”  In Rome, “Good chefs fetched enormous prices on the slave auction block. Drinking increased; goblets had to be large and preferably gold.”

Taking into account the size of the American defense budget, we can see that the false-self power center and the magnitude of fear in America are closely related. It was no different in Rome.  “All in all, its revenues were modest; and like other civilized states it used them chiefly for war.”

Rome had borrowed freely from the culture of the Greeks but abandoned the fields of amateur sport for the spectators’ benches as the spirit of the Olympic Games and amateur sports faded. These ancestors of the ubiquitous American “couch potato” were getting their exercise vicariously leaving fun and games to the professionals at great cost to the body and the soul. “Men became brave by proxy; they crowded the amphitheater to see bloody games, and hiring gladiators to fight before them at their banquets … When a band of flute players attempted a musical concert … in 167 [A. D.], the audience forced the musicians to change their performance into a boxing match.”  The musicians in questions were probably slaves and had no choice in the matter and neither did the doomed gladiators killing each other in the various arenas throughout the Roman Empire.

The modern day American gladiator usually doesn’t face such an immediate death but increasing numbers of professional and amateur football players today are experiencing injuries that are leading to mental illness, dementia and all too often a slow and unglamorous death.

The security center of the false self had a dominant role in life in ancient Rome just as it has in contemporary American culture. “The old morality … could not keep this new regime of mobile capital from setting the tone of Roman life. Everyone longed for money; everyone judged or was judged in terms of money. Contractors cheated on such a scale that many government properties—e.g., the Macedonian mines—had to be abandoned because the lessees exploited the workers and mulcted [milked] the state to a point where the enterprise brought in more tribulation than profit.”

How did all of this affect politics? We only have to observe the partisan warfare going on in Washington and our state capitals in the so-called “culture wars” (2011) to understand perfectly the manifestation of the false self in the expression of politics in ancient Rome. “The aristocracy [oligarchy, i.e. the wealthy and the ruling class] which … had once esteemed honor above life adopted the new morality and shared in the new wealth; it thought no longer of the nation, but of class and individual privileges and perquisites; it accepted presents and liberal bribes for bestowing its favor upon men or states and found ready reasons for war with countries that had more wealth [think oil producing nations in modern times] than power … Within this aristocracy there was an oligarchy of dominant families.”

Similarly, for example, in U.S. history we had the Astors (fur), the Harrimans and the Hills (railroads), the Mellons and the Morgans (bankers and financiers), the Carnegies and Fricks (steel), the Du Ponts (chemicals), the Fords (automobiles) and the Rockefellers (oil).  This veritable rogues-gallery of “Robber Barons” had their toga-wearing counterparts in Rome and we continue to have their Gucci-wearing counterparts today.

Let’s return to Rome and our perceptive friend Will Durant. “The causes and forces of discontent, however, were too deep and varied to be easily dissolved.”  “There were plebeians who had forfeited their property through defaulted mortgages [and] insolvent debtors and ruined speculators who had lost all hope or wish to meet their obligations … A few revolutionists were sincere idealists, convinced that only a complete overturn [like many Tea Party members today] could mitigate the corruption and inequity of the Roman state.”

Mistrust of politicians was justified then as today as the false-self pursuit of power made it easy to forget the legitimate business of the state. Both Rome and Washington epitomize human corruption in their respective times. “Cicero’s brother Quintus drew up for him a manual of electioneering technique. ‘Be lavish in your promises,’ Quintus advised; ‘men prefer a false promise to a flat refusal … Contrive to get some new scandal aired against your rivals for crime, corruption, or immorality.’”

As in America today, there were renegade artists in ancient Rome plying the streets and alleyways in search of a prominent “canvas” on which to display their current inspiration or outrage.    “The exterior [of stucco houses] was … often defaced with graffiti—‘scratchings’ of strictly fugitive verse or prose.”  Indeed, when it comes to history, the writing is on the wall!