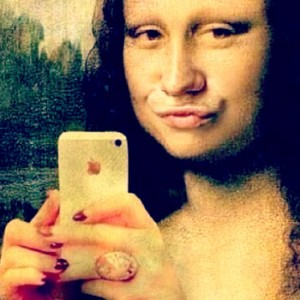 It is better to want what you have than to have what you want.
Dalai Lama

We will enter into the 21st century and our look at philosophy by continuing with the relationship among wisdom, philosophy and happiness. All of us have a connection to the wisdom exemplified by the philosophers above who, because of personal insights, were able to express that wisdom. How is humanity doing today when it comes to looking within to discover the nature of Simple Reality? Not so good as it turns out but we can occasionally see the light of our inner wisdom winking at us. Psychologists studying both happiness and unhappiness have unwittingly revealed some of the principles that we listed in our survey of philosophers. For example, we find a mixture of reality and illusion in their findings. First is the illusion that the wealthy and powerful (expressing their false selves) are happier than the rest of us.

Abd Al-Rahman III was a caliph of Cordoba with absolute power living in 10th-century Spain. “I have now reigned above 50 years in victory or peace; beloved by my subjects, dreaded by my enemies, and respected by my allies. Riches and honors, power and pleasure, have waited on my call, nor does any earthly blessing appear to have been wanting my felicity.”  Pretty nice huh?

But, of course Al Rahman had a false self to ruin everything. Poor guy. “I have diligently numbered the days of pure and genuine happiness which have fallen to my lot: They amounted to 14.”  Arthur Brooks in his article in The New York Times separated happiness and unhappiness into two categories with two separate sets of causes and concludes that: “Abd al-Rahman’s problem wasn’t happiness, as he believed—it was unhappiness [the suffering created by his craving and aversion]. If that sounds like a distinction without a difference, you probably have the same problem as the great emir. But with a little knowledge, you can avoid the misery that befell him.”

Brooks didn’t realize, but we do, that a little or a lot of knowledge won’t relieve our suffering but let’s accompany our modern-day philosopher a bit further on his strategy to avoid unhappiness. He couldn’t do any worse than yesterdays “wise men.”

Relative happiness and unhappiness in P-B (suffering) are not opposites (as many people have believed) say some of the latest researchers studying the cerebral cortex. “So when people say, ‘I am an unhappy person,’ they are really doing sums, whether they realize it or not. They are saying, ‘My unhappiness [reaction] is x, my happiness [response] is y, and x > y.’ The real questions are why, and what you can do to make y > x.”  Simple Reality has something to say in response to that.

Long before most of our philosophers appeared on the scene, the pre-eminent philosopher and psychologist (Buddha) identified craving and aversion as the source of human unhappiness. That has not changed. Current research has people blaming circumstances (poverty, illness or oppression) as the cause of their unhappiness. They are having an aversive reaction to the world “out there.” “Another common source of unhappiness is loneliness, from which about 20 percent of Americans suffer—enough to make it a major source of unhappiness in their lives.”  The expectation (craving) that someone else will make us happy is a common delusion and therefore a source of suffering.

“Have you ever known an alcoholic? They generally drink to relieve craving or anxiety [aversion]—in other words, to attenuate a source of unhappiness. Yet it is the drink that ultimately prolongs their suffering. The same principle was at work for Abd al-Rahman in his pursuit of fame [power], wealth [security], and pleasure [sensation].”

What about the attainment of happiness by acquiring power? Elsewhere in the content of Simple Reality, we have named Washington D.C. as the city symbolizing power in the U. S. along with Las Vegas (sensation) and New York (security). How happy are U. S. politicians? Brooks has an informed opinion about that. “I work in Washington, right in the middle of intensely public political battles. Bar none, the unhappiest people I have ever met are those most dedicated to their own self-aggrandizement—the pundits, the TV loudmouths, the media know-it-alls. They build themselves up and promote their images, but feel awful most of the time.”  So much for the illusion of the false-self survival strategy as a source of happiness; it tends rather to create “the Beltway Blues.”

It seems today’s Americans are also hungry for fame, what emperor Marcus Aurelius called the “clapping of tongues.”  Today’s social media Facebook, YouTube and Twitter are tailor-made to satisfy that craving. “You build a fake life—or at least an incomplete one—and share it. Furthermore, you consume almost exclusively the fake lives of your social media “friends.”  We build our lives around the delusional having, doing, and knowing that fail to deliver genuine happiness but at the same time (recent studies are beginning to show) make us unhappy.

Mystics tell us what few philosophers have discovered, namely, that when we turn away from P-B and create a new identity that values feeling over emotions and intuition over the intellect, we are happier. Conversely, “Whether they examine young adults or people of all ages, the bulk of studies point toward the same important conclusions: People who rate materialistic goals like wealth [false-self security] as top personal priorities are significantly likelier to be more anxious, more depressed and more frequent drug users, and even to have more physical ailments than those who set their sights on more intrinsic values.”

Why does the attainment of that which most of us seek—plenty, pleasure and power—fail to bring us happiness? Biology and philosophy point us in the direction of the answer. From a biological/evolutionary perspective it makes sense that we have the genetic programming to seek plenty, pleasure and power. We had to be aggressive in grabbing our share of the food, mating with the partner with whom we could produce the “fittest” offspring and at the same time be powerful enough to overcome the competition.

Mother Nature insists that we create a false-self survival strategy and so does the community into which we are born since those instincts are built into the collective unconscious and the human subconscious. But Mother Nature couldn’t care less about our notions of happiness and unhappiness. That’s where our free will comes into play; our ability to create our own reality. Philosophically we create our unhappiness by resisting life, by reacting (giving energy to or “feeding” the false self) and ignoring (or not responding to) the True self.

After thousands of years of philosophical discourse, most of us do not know any more than we did in the beginning. That’s because wisdom is not cumulative, nor a product of the intellect, nor does it evolve over time; wisdom is inherent and the ancient mystics were as wise as our mystics are today and we tend to ignore both just as we ignore our own inner promptings.

Response and compassion are the prerequisites to happiness. The false self says we must be competitive, fearing the law of the jungle, and adopting “survival of the fittest” habituated behavior—“love things and use people.” “This was Abd al-Rahman’s formula as he sleepwalked through life. It is the worldly snake-oil peddled by the culture makers from Hollywood to Madison Avenue. But you know in your heart that it is morally disordered and a likely road to misery. You want to be free of the sticky cravings of unhappiness and find a formula for happiness instead. How? Simply invert the deadly formula and render it virtuous. Love people and use things.”