What is the Purpose of Philosophy? 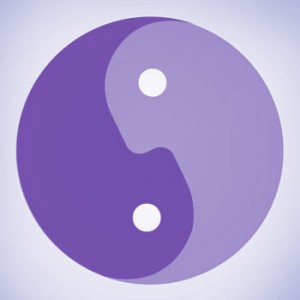 To be a philosopher is not merely to have subtle thoughts, nor even to found a school, it is to solve some of the problems of life, not theoretically, but practically.
Thoreau

Philosophy does not usually help support the goal of a paradigm shift but it can. An effective philosophy in this regard will reveal and undermine our attachment to P-B. Roger Pol Droit, a researcher at the Centre National de la Recherche Scientifique claims that the goal of philosophy has always been “… a change of viewpoint—perhaps a very slight one to begin with—which can reveal the landscape under a quite different angle … to shake a certainty we had taken for granted; our own identity, say, or the stability of the outside world or even the meaning of words.”

Droit’s insight is in harmony with basic assumptions contained in Simple Reality. The process in thinking itself including the words, ideas and concepts associated with thinking must be transcended as we learn to experience a more profound reality centered in the heart, not the mind. In Simple Reality we learn to subordinate the “head” to the “heart” which then becomes the ultimate place of “knowing.”

“Chinese philosophy … always emphasized the complementary nature of the intuitive and the rational and has represented them by the archetypal pair yin and yang which form the basis of Chinese thought. Accordingly, two complementary philosophical traditions—Taoism and Confucianism—have developed in ancient China to deal with the two kinds of knowledge. Rational knowledge is derived from the experience we have with objects and events in our everyday environment. It belongs to the realm of the intellect, whose function it is to discriminate, divide, compare, measure and categorize. In this way, a world of intellectual distinctions is created of opposites which can exist only in relation to each other, which is why Buddhists call this type of knowledge ‘relative.’”

If philosophy is to be charged with solving the practical problems of an unconscious humanity then it must find a way to support the process of awakening that we advocate in the Simple Reality Project. To do that philosophers must themselves be awake to the most profound distinctions between reality and illusion. Let’s review what that reality is and is not: “Our culture has consistently favored Yang, or masculine, values and attitudes and has neglected their complementary yin, or feminine, counterparts. We have favored self-assertion over integration, analysis over synthesis, rational knowledge over intuitive wisdom, science over religion, competition over cooperation, expansion over conservation, and so on. This one-sided development has now reached a highly alarming stage; a crisis of social, ecological, moral and spiritual dimension.”

There are philosophers who affirm the conclusions that were reached in the essays on science in this blog. “… Bergson’s [Henri Bergson 1859-1941] doctrine of intuition … cannot really be omitted from any historical sketch of modern existential philosophy … He was the first to insist on the insufficiency of the abstract intelligence to grasp the richness of experience, on the urgent and irreducible reality of time, and—perhaps in the long run the most significant insight of all—on the inner depth of the psychic life which cannot be measured by all quantitative methods of the physical sciences.”

Notice the emphasis that Bergson placed on the value of experience over “abstract intelligence.” The father of American philosophy [William James 1842-1910] also understood the importance of experience with “… his willingness to give psychology the final voice over logic where the two seem in conflict, and his belief in the revelatory value of religious experience. There are pages in James that could have been written by Kierkegaard, and the Epilogue to Varieties of Religious Experience [by James] puts the case for the primacy of personal experience over abstraction as strongly as any of the Existentialists has ever done.”

Philosophy, then, has undergone an evolution similar to what science has experienced. An over-reliance on the mind kept many philosophers from attaining the most profound insights necessary to discover the reality of P-A. “The psychic life of man is not a mosaic of such mental atoms, and philosophers were able to cling to this belief so long only because they had put their own abstractions in place of concrete experience.”

Separating the relatively conscious philosophers, those having the courage to experience life as opposed to those only willing to think about it, will result in our finding philosophical support for P-A. However, we will find that most philosophers experienced only periodic and fragmented insights into the nature of Simple Reality. “Whatever any of these thinkers [e.g., Aristotle, Descartes and Spinoza] wrote about man was, then simply the product of an exceptional intelligence reasoning about the essence of an object, none of this reasoning required—and indeed showed no trace of—that fateful and sometimes dreadful experience which we know as the encounter with the Self. Each of them could have written exactly as he did if he had only thought and never lived.”