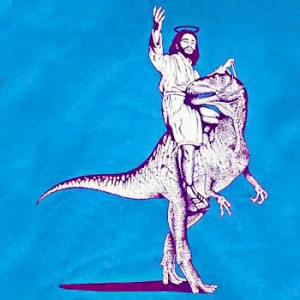 The unleashed power of the atom has changed everything save our modes of thinking, and we thus drift toward unparalleled catastrophe.
Albert Einstein

To avoid that catastrophe we continue in the context of Simple Reality to reshape our understanding and our experience of the key institutions in P-B and their relationships to one another; in short we continue the process of waking up.

Second only to the Second Law of Thermodynamics, science is most committed to Darwin’s theory of evolution. The problem with Darwin’s theory is that there has not been enough geological time for the evolutionary changes to have taken place. The universe would have had to have been in existence trillions of times longer than it has. And secondly, Darwin’s theory of evolution depends on chance mutations which find a foothold by natural selection or the survival of the fittest. There are mathematicians who, thanks to computers, are able to convincingly prove that life cannot occur by chance.

We are not going to devote the space in this essay to present the fascinating mathematical “proofs” supporting David Foster’s somewhat startling revelation in the previous paragraph, but they can be found in his book, The Philosophical Scientists.

“To Darwin life was a free-for-all jungle for survival of the fittest, whereas the Great Laboratory concept is of a conscious cosmic purpose and awareness directing experiments.”  The Great Laboratory concept is closer to the truth about the unfolding of creation as conceived in P-A. “The significance of Darwin being wrong is immense, for it implies the admission of the supernatural into science … Put simply, GOD EXISTS.”

So ironically, Darwin’s theory of evolution, which has generated so much hostility between science and religion, joins the two warring institutions into a synthesis, a more profound understanding of reality. Modern technology has provided the capacity to do calculations that have led to a curious nexus of the Big Bang Theory and Genesis. As Foster discovered: “I have found few, from Einstein to Schrodinger, who at some stage or another did not have to introduce God.”

If ever there was a tempest in a teapot it is the battle between the advocates of evolution vs. those of creationism which the champions of evolution believe should have been settled with the Scopes trial, the “monkey trial” of 1925. If the work of David Foster is not enough to render this controversy an anachronism once and for all, we can simply synthesize the two points of view and transcend to a higher level of conceptualization. “A theory of evolution sees God as deeply involved in the evolutionary process of the world. God is making the world by means of evolution. And the evolutionary process in its turn is seen as striving toward God. So, you see, God is Self-expressing and Self-realizing in evolution.”

This is how Dr. Beatrice Brutreau would resolve one of the dualistic splits, that rift between man and Nature (God), by synthesizing one of the paradoxes that divide humanity. What results is a more profound understanding of reality and the creation of wisdom itself. Notice the similarity between the conclusions that Dr. Brutreau and David Foster arrived at using completely different approaches, one logical and one mathematical; but both “scientific” in the broadest sense of the word. Thus, P-A enables us to understand that, “… evolution is a reflection of the stupendous drama of divinity unfolding within us.”

Science as we have learned presents a major obstacle preventing humanity from evolving into a species that can survive on our planet. “Our tendency to divide the perceived world into individual and separate things and to experience ourselves as isolated egos in this world is seen as an illusion which comes from our measuring and categorizing mentality.”

In contrast, the sages of the East teach that the process of Self-realization involves transcending the individual self and identifying with the ultimate reality (Simple Reality). And what’s more, many modern physicists are coming around full circle to the worldview of the Hindus, Taoists and Buddhists. Quantum mechanics sees creation as a continuously unfolding, inter-dependent and inter-related web with each person as an integrated part of the whole.

Just how intimately is each component of the web interwoven with each other component? Many physicists are beginning to understand that the latest science reveals that each of the elements is related in terms of their function. “Autopoiesis or ‘self-making’ is a network pattern in which the function of each component is to participate in the production or transformation of other components in the network. In this way the network continually makes itself. It is produced by its components and in turn produces those components.”

We can imagine that if were we conscious of these underlying principles of evolution, we could direct a more wholesome outcome than the one that we are moving toward today. Fritjof Capra concludes that, “… the function of each component is to participate in the production or transformation of other components in the network.”  In other words, as human beings, we are here to support each other in expressing our deepest potential. That is a good definition of compassion, the highest form of human expression. Or in other words “love thy neighbor as thyself.”

Western mainstream science may one day be insightful enough to affirm Hindu cosmology which sees what we call evolution as a continuous circle of creation. The worldview of some physicists and cosmologists are beginning to see that “… the principles and models of modern physics lead to a view of the world which is internally consistent and in perfect harmony with the views of Eastern mysticism.”

The principle of Oneness is basic to understanding Simple Reality. Science may one day evolve into realizing this fundamental truth. In his book The Web of Life, Capra describes what that paradigm shift might look like. “The great shock of twentieth-century science has been that systems cannot be understood by analysis. The properties of the parts are not intrinsic properties but can be understood only within the context of the larger whole. Thus the relationship between the parts and the whole has been reversed. In the systems approach the properties of the parts can be understood only from the organization of the whole. Accordingly, systems thinking is ‘contextual,’ which is the opposite of analytical thinking. [In other words the “story” gives meaning to the human experience.] Analysis means taking something apart in order to understand it; systems thinking means putting it into the context of the whole.”

Scientists will come to see that they are no longer dealing with the analysis of objects and then constructing models to explain their behavior, but instead, seeing everything that is observable as being in relationship to and dependent on everything else.

So why do we “lay people” need to know all this stuff about science? Because we must give up the illusions “fed” to us by our senses and realize that our sensory input is inadequate when it comes to answering the all-important question relating to creating a sustainable human community, namely: Where are we?

To answer this question we must learn to comprehend with the more profound “sensor” of our intuition, our inner wisdom. “At the quantum level nothing of the natural world is left intact. It is strange to hold up your hand and realize that it is actually, at a deeper level, invisible vibrations taking place in a void. Even at the atomic level all objects are revealed as 99.999 percent empty.”

Notice that we are evolving in an endless circle without beginning or end, an insight which the ancient sages had long ago. In other words, quantum field theory where particles come into being and vanish continuously without end in a “physical vacuum” sounds much like the “void” of Eastern mysticism. “As the sutra says, ‘Form is emptiness, and emptiness is indeed form.’”