Science and Food: See What We Mean? 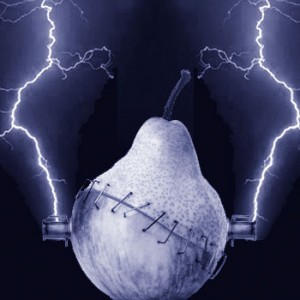 The last essays in this chapter will drive the stake into the heart of the vampire called science. Or if you prefer, we will advocate putting our eggs into the basket labeled intuition. Failing to make a clear distinction between the intellect and intuition will result in a lot of broken eggs.

Speaking of food: most Americans will have a reaction when we call into question the conventional “wisdom” regarding mainstream science and food. For example, “an apple a day …,” “super-foods rich in antioxidants prevent some health problems,” “fruits and vegetables protect against certain diseases,” and “fatty foods and meat are bad.”

Not that the scientists haven’t done their homework or that their research was not exhaustive; it’s just that science has the limitations that we have spelled out in this chapter. In 1997 the World Cancer Research Fund and the American Institute for Cancer Research published an extensive report.

“After reviewing more than 4,000 studies, the authors were persuaded that green vegetables helped ward off lung and stomach cancer. Colon and thyroid cancer might be avoided with broccoli, cabbage and Brussels sprouts. Onions, tomatoes, garlic, carrots and citrus fruits all seemed to play important roles.” That was in 1997.

Ten years later researchers decided to follow up and look at all the evidence again. “In 2007 a major follow-up all but reversed the findings. While some kinds of produce might have subtle benefits, the authors concluded, ‘in no case now is the evidence of protection judged to be convincing.’”

OK! We weren’t crazy about eating our vegetables anyway. What’s a hungry person to do? Good news! “The hypothesis that fatty foods are a direct cause of cancer has also been crumbling, along with the case for eating more fiber. The idea that red meat causes colon cancer is shrouded in ambiguity. Two meta-analyses published in 2011 reached conflicting conclusions—one finding a small effect and the other no clear link at all.”

Change is constant in the world of form. Truth is illusive. Suffering is constant. Science is undependable. Are we ready to try something completely different?