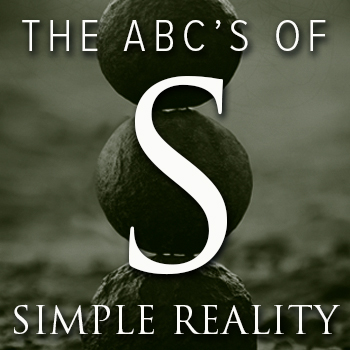 Buddha’s fundamental insight was that suffering is caused by craving and aversion, hence we would not want to live in a community that focused on the creation of insatiable desire. Brian Swimme was told in a conversation with an advertising executive that in effect, the purpose of advertising was to create suffering. “He said the whole point is to make people dissatisfied with who they are and what they’ve got. That’s the purpose of an ad.”  That is, then, the unintended purpose of P-B. The people of the global village unconsciously tell themselves a story that makes them miserable.

How did we get in this mess? Some analysts have labeled our dilemma scientific materialism, a disease which began in the West but is rapidly spreading to the East. “Western culture has assumed a separation between consciousness and matter, between mind and body, between spirituality and reason. Mainstream science now finds itself ill-equipped to inquire into the deeper questions about life, mind and meaning: who are we? How do our beliefs and intentions shape our reality? How does human subjectivity arise in a world of events which appear random and disconnected? And how can we access the wisdom needed to manage technological ‘advances’ for the larger good?”

“We have favored self-assertion over integration, analysis over synthesis, rational knowledge over intuitive wisdom, science over religion, competition over cooperation, expansion over conservation, and so on. This one-sided development has now reached a highly alarming stage; a crisis of social, ecological, moral, and spiritual dimensions.”

What is the history of scientific materialism? “The scientific knowledge of antiquity was systematized and organized by Aristotle, who created the scheme which was to be the basis of the Western view of the universe for two thousand years. But Aristotle himself believed that questions concerning the human soul and the contemplation of God’s perfection were much more valuable than investigations of the material world.”  Simple Reality affirms the accuracy of Aristotle’s insight in this regard.

“The birth of modern science was preceded and accompanied by a development of philosophical thought which led to an extreme formulation of the spirit/matter dualism. This formulation appeared in the seventeenth century in the philosophy of Rene Descartes. The ‘Cartesian’ division allowed scientists to treat matter as dead and completely separate from themselves, and to see the material world as a multitude of different objects assembled into a huge machine. Such a mechanistic world view was held by Isaac Newton, who constructed his mechanics on its basis and made it the foundation of classical physics. From the second half of the seventeenth to the end of the nineteenth century, the mechanistic Newtonian model of the universe dominated all scientific thought.”

“Some 200 years ago, science split off from religion and moral life, eventually developing into a ‘religion’ itself—the ideology of scientism [scientific materialism], worshipping the Golden Calf of limitless material progress.”

“The natural environment is treated as if it consisted of separate parts to be exploited by different interest groups. The fragmented view is further extended to society, which is split into different nations, races, religious and political groups.”  We understand today that splits among groups and individuals in society involves the repression and projection onto the other elements of the individual and collective shadow.

How did the East regard the dominant worldview which was prevalent in the West? “Our [the West’s] tendency to divide the perceived world into individual and separate things and to experience ourselves as isolated egos in this world is seen as an illusion which comes from our measuring and categorizing mentality. It is called avidya, or ignorance, in Buddhist philosophy and is seen as the state of a disturbed mind which has to be overcome.”

Eastern mystics emphasized the worldview of Oneness. “The highest aim of their followers—whether Hindus, Buddhists or Taoists—is to become aware of the unity and mutual interrelation of all things, to transcend the notion of an isolated individual self, and to identify themselves with the ultimate reality.”  Historically, the Eastern worldview had reached a much more profound conclusion regarding the nature of reality although the East today is moving toward accepting the ultimately self-destructive story of P-B.

Humankind has long looked to religion for comfort and for answers to the more profound questions. The current state of global human consciousness including both physical and mental health indicates that we don’t believe the story we tell ourselves about life after death. “Our world reflects the basic thought form that there is no afterlife, which in this lifetime is the only thing that insures power is what can be had and gained. Sometimes we speak of an afterlife, but we do not really believe that after we leave the Earth we are still responsible for the choices that we have made upon the Earth or our choices would be very different.”

Religious wisdom, however, if correctly understood could help guide humanity away from self-destruction. “It is indeed the principle enunciated more than nineteen centuries ago by Jesus of Nazareth in what is known as ‘the great paradox.’ Its simplest form occurs in the Gospel of Luke. In the familiar King James Version of 1611 the translation reads: ‘Whosoever shall seek to save his life shall lose it; and whosoever shall lose his life shall preserve it.’ A marginal note in the English Revised Version of 1881 gives ‘soul’ as an alternative translation for the word ‘life.’”

“This really seems more accurate because the word is ‘psyche’ in the Greek, the language in which the book was written. One New Testament scholar has asserted that none of the familiar English translations does justice to the powerful words of the original Greek. He has suggested that a free translation, giving those words their full impact, would state the principle thus: ‘He who seeks to preserve his psyche by building around it thick walls of protection and defense will utterly destroy it; but he who destroys all such walls and defenses will free his psyche to emerge as a living, vital thing.’ It is clear that two different psyches or selves are being talked about, and that the effort to preserve the ‘existential self’ [false self] will result in the failure to set free the ‘essential self,’ the true psyche [True self].”

Another source of wisdom that has been largely lost as we have come to rely on science and the intellect is mythology. “Mythology has lost much of its importance in modern Western civilization, which has evolved away from an orientation to Earth, spirit, and intuition to a preoccupation with technology and control of nature and emotion. Myth is commonly regarded as a child’s fantasy. By losing touch with myth, however, modern society has lost its sense of wonder and awe at the natural world and the universe—perhaps one reason for the exploitation of the resources of the planet, pollution of the environment, and destruction of other living things in the name of ‘progress.’”