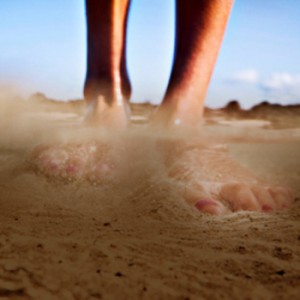 Paradigm B prevents the institutions, models, constructs, theories and understanding in general from being profound. In short, when looking for knowledge in P-B we are swimming in shallow water. Not only that but the water is murky, clouded by the many illusions related to fear-driven false self behaviors. We use the book Man’s Search For Himself by psychologist Rollo May to illustrate what we mean. He began his book by discussing the “inner problems” that people were struggling with during the first half of the twentieth century.

Notice in the quotes below that the explanations in support of the various theories posed by May related to human suffering are simplistic, narrow and not comprehensive in explaining why people behave the way they do. The explanations are also not universal in that they are time and culture specific.   A profound explanation of “inner problems” (pain and suffering) would be the same regardless of time or place.

At the turn of the century Sigmund Freud, as we know, saw sex as the major source of human neurotic suffering. “At the beginning of the twentieth century, the most common cause of … problems … was … the person’s difficulty in accepting the instinctual sexual side of life and the resulting conflict between sexual impulses and social taboos.” In Simple Reality, the false-self survival strategy model with the sensation energy center driving the search for pleasure, love and esteem and the power energy center explaining human conflict and competition is a more comprehensive and useful explanation of “inner problems.”

“Then in the 1920’s Otto Rank wrote that the underlying roots of people’s psychological problems at that time were feelings of inferiority, inadequacy and guilt.” Again we note a very shallow look at self-destructive human behavior. In Simple Reality we recognize these descriptors as characteristic of someone who is living in the past (the source of guilt, shame and regret) and reacting to the false self identification with the mind, body or emotions.

How can a theory of human behavior be profound or even valid if it changes every decade? “In the 1930’s the focus of psychological conflict shifted again: the common denominator then, as Karen Horney pointed out, was hostility between individuals and groups often connected with the competitive feelings of who gets ahead of whom.” This survival of the fittest theory came to be called Social Darwinism. This is good as far as it goes but is only a small part of what drives universal human behavior. Looking at isolated segments of human identity and behavior will never get us to a blueprint for a profound analysis of and an effective prescription for improving the psychological health of humanity.

By the middle of the twentieth century May and many of his psychiatrist colleagues diagnosed the source of neuroses in people to be “emptiness.” “By that I mean not only that many people do not know what they want; they often do not have any clear idea of what they feel.” When May and his colleagues used the word “feel” I assume they meant “emotion” or what we in Simple Reality call “afflictive emotions.” To think that a therapist would attempt to counsel a client without understanding or explaining the distinction between “emotion” and “feeling” points to the limitations P-B imposes on “man’s search for meaning,” the title of May’s later book.

In order for any human being to fully understand where they are, who they are and why they find themselves on this planet—at  any time in history or in any place, in any cultural context—they must have a practice that empowers them to respond to life. To transcend the conditioning of the reactive false-self survival strategy, anyone who purports to be a healer, teacher, counselor or therapist is only perpetuating human suffering in the context of P-B if they do not have a profound understanding of:

We have chosen to take the institution of psychology to task in this essay. We could have done the same thing and been equally critical of the content of any other human institution. They all swim in the shallow waters of P-B.