The Psychology of Happiness 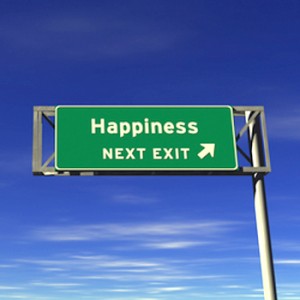 The psychology of human behavior provides us a comprehensive and profound context for this essay. Human behavior is driven by three basic needs which are:

All human beings are born with an instinctual drive to satisfy these basic desires. Indeed, success in relation to achieving security, pleasure and power is so important in the life of each individual that learning how to get these needs met is appropriately called a “survival strategy.”  But what is the relationship between basic survival and happiness?

Beginning with the drive for security, the research of psychologist Edward Diener of the University of Illinois reveals, for example, that once basic “security” needs are met “additional income does little to raise your sense of satisfaction [happiness].”  So, money can’t buy happiness—but we knew that already.

Education they say is “power” but again the research of our psychologists reveal “neither education nor, for that matter, a high IQ pave the road to happiness.”

What about our sensation drives—which, by the way, include eating and sex—as a source of happiness? The so-called “dean of positive psych” Martin Seligman concludes that of those things which lead to a positive happy life, “pleasure is the least consequential.”

So, it seems that happiness is not achieved by fulfilling our most basic physical and psychological needs, although most people think happiness will be achieved by seeking and expressing these three basic energies—security, sensation and power. In learning about this self-deception, we have discovered a major source of human suffering in general.

We can conclude that Americans are out of touch with reality, because we ignore what psychology tells us about what does not make us happy and we are unwilling to face our irrational expectations of life. Indeed, insanity can be defined as repeatedly doing something that seldom works. Whether we are crazy or merely caught up in illusion, we are certainly not happy—in fact we are often unhappy— most of us find life unsatisfactory.

Mystics warn us not to look to the ever-changing world of form to deliver happiness because doing so will be yet another source of misery even when conditions “out there” seem to be getting better. “Despite steady gains, it is common to hear Americans say, ‘My parents had it better than I do.’  Today [2003] Americans tell pollsters that the country is going downhill, that they feel unbearably stressed out; that their children face a declining future. The percentage of Americans who describe themselves as “happy” has not budged since the 1950s, though the typical person’s real income has more than doubled. Far from feeling better about their lives, many are feeling worse.”

A half-century ago people were expecting to find happiness in the changes that the future would bring for them. They imagined that they would be able to buy a bigger house, a second car and send the kids to college. In 2003, research conducted by Daniel Kahneman of Princeton University showed that “most people judge their well-being not by where they stand but rather on whether they think their circumstances and income will improve in coming years.”  By 2003, the dreams of the 1950s had come true for most Americans but are they as happy as they thought they would be? No!

In fact, we continue to recycle the old beliefs as if we have given up the search for happiness. Money continues to loom large in our fantasies of what will improve our quality of life; we just need more of it than we used to think. “Surveys show the majority of Americans think only the very rich are well-off; that no matter how much they make, most Americans believe twice as much income is required to live well.”

We have established that the pursuit of plenty, pleasure and power is a dead end. What does work for those of us who don’t want to give up hope for finding happiness? What do our “positive” psychologists suggest we do to increase our levels of happiness? Seligman suggests that we give to others: “When you’re volunteering, you’re distracting yourself from your own existence, and that’s beneficial.”   I am afraid that Seligman is far off the mark here but more about that later.  Mihaly Csikszentmihalyi, author of the book Flow observes that: “If you’re alone with nothing to do, the quality of your experience really plummets.”

Notice that the key words in the last two statements were distracting and do. Our psychologists suggest that happiness is directly related to doing and keeping ourselves distracted which is precisely how we are using our energy in satisfying our need for security, sensation and power. And so we go around and around in the old world view with countless models and explanations of how to seek happiness which turn out to be the same thing as avoiding (distracting ourselves) from our unsatisfactory lives, distracting ourselves from our suffering. Being distracted from our unhappiness works only temporarily and then we are back to the realization that our lives are unfulfilling.

Gregg Easterbrook is the author of the book The Progress Paradox.  In an article in Time magazine “The Real Truth About Money” Easterbrook quotes Daniel Kahneman.  “Circumstances don’t seem to have much effect on happiness.” He goes on to say that “Everyone needs a certain amount of money, but chasing money rather than meaning is a formula for discontent.”   This might seem correct on first reading but again is far from the more profound reality that the wisest among us have known for ages.

The mythologist, Joseph Campbell, sums up what we are referring to. “People say that what we’re all seeking is a meaning of life. I don’t think that’s what we’re really seeking. I think that what we’re seeking is an experience of being alive … so that our life experiences on the purely physical plane will have resonances within our innermost being and reality, so that we actually feel the rapture of being alive.”  What Campbell means is that life can only be “experienced” in the present moment.

Are we saying that “positive psychologists” and psychologists in general do not have the answers on how to achieve happiness? Yes, they have discovered that “having” material things does not lead to happiness. They have discovered that “knowing” or knowledge does not lead to happiness. Now they need to arrive at the next truth—that happiness is not about “doing.” When they discover that they will have arrived at a basic metaphysical truth known to mystics since beyond remembered time.

Strange as it may sound, happiness is accepting what is. That way, no matter what storms are raging “out there” or what reactions have been triggered by our mind, body or emotions, we are sitting calmly in the center of the chaos, serene and yes, happy.