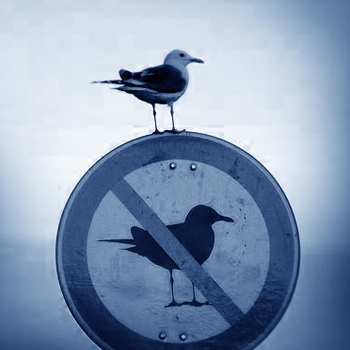 Hyde noted the irony of Ireland’s copying the nation she most hated.
Richard Kain

Many of the words we speak in P-B would have something approaching the opposite meaning in the context of P-A. Similarly, a playwright will use irony having characters delivering lines that have a profound meaning but to which they (the actor’s character) are oblivious but that the audience understands. The greatest irony in the human community is the incongruity between illusion and reality, between what seems to be happening and what is actually happening. In meditation we gain the perspective of a theatre audience or that of our True self and can observe the irony or incongruity between a reaction and a response and thereby are empowered to respond more profoundly to life.

The majority of the people in the global village are like the actors on stage who in the context of the play are acting and speaking in a rational way. However, from the perspective of the objective observer, free from the beliefs, attitudes and values of the deluded false self, the self-destructive behavior is obvious. We are all contained in a perfect Creation, the Kingdom of Heaven within, but we are mesmerized by and use our energy to choose and create a narrative that is a “Hell” of suffering and pain. Ironic, don’t you think?

When a lion wants to kill large prey such as a zebra it suffocates it by closing off the air passage by gripping the throat or by taking the entire nose into its mouth and blocking the flow of air. The false self is cutting off the flow of awareness in the human species, depriving homo-sapiens of the choice of a sustainable community. Irony enters in when we realize that we continue to choose a survival strategy that is killing us. We choose to remain unconscious distracting ourselves from or denying the existence of Simple Reality. We have a choice to breath in the life enhancing the joy of the present moment. Let’s find the courage to get the lion off our back before he has us by the throat.

References and notes are available for the essays on this blog.
Find a much more in-depth discussion in the Simple Reality books:
Where Am I?  Story – The First Great Question
Who Am I?  Identity – The Second Great Question
Why Am I Here?  Behavior – The Third Great Question
Science & Philosophy: The Failure of Reason in the Human Community