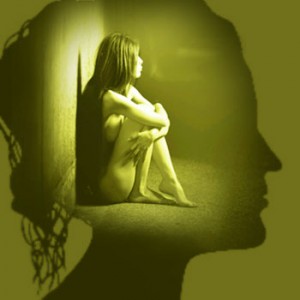 A “great theft” requires a “great treasure,” a thief and a victim. Ironically, in the theft we have in mind each one of us is both the thief and the victim, that is to say we are stealing from ourselves. By virtue of our choice to remain unconscious, our false self is stealing freedom, peace of mind, joy, happiness and our ability to express compassion as often as we would like from our True self. This happens all the time everywhere on this planet to virtually every human being. Let’s take a story unfolding as we “speak” to exemplify what we mean.

In truth all people are fundamentally alike. Why then so much conflict and disagreement and so little cooperation and harmony on our planet? After all, peace and harmony is what we all long for and yet find so elusive. The answer lies in our inability to distinguish what’s real from what isn’t.

For example, let us travel to Egypt in August 2013 after the military has arrested Mohamed Morsi who was elected president of Egypt in June of 2012. We can only guess that the military must have felt Morsi was not leading Egypt toward a more inclusive democracy and indeed intent upon creating a Muslim theocracy with power invested in the Muslim Brotherhood.

From the context of Simple Reality we can see that both the Islamists and the Secularists are seeing the other where in fact the other does not exist but is instead an illusion. Such illusions, as mystics appreciate, will create a lot of human suffering. By looking at the specific creation and perpetuation of these illusions we will understand more deeply our own shadow and how to respond (love thyself) to our own conditioning. The problem is complex as this essay will reveal. The solution is disarmingly simple as those of us who are practitioners of Simple Reality understand.

The two factions engaged in the current power struggle are the hard-liners (aging old guard) who are insisting on an Islamist state. Their values include sacrifice, loyalty and obedience honed by years of struggle against Hosni Mubarak’s totalitarian state. They believe their chosen path has the blessing of Allah and would lead their countrymen toward a better future. That such a choice leads toward greater darkness, violence, suffering and isolation for Egypt would be hard for them to understand.

The values of the younger, better educated reformers include pluralism, human rights for all including women and tolerance for all including Christians and Jews. But they may have made a mistake. “As Mr. Maadi [Aboul-Ela Maadi] ruefully observed, he and other reformist leaders failed to appreciate the importance of grass-roots outreach. Their own neglect of the Brotherhood’s base, Mr. Maadi explained, set the stage for the “great theft,” allowing the old guard to steal the loyalty of the younger generation from them.”

Were the people of Egypt to choose to become a modern democratic state they would still have chosen a “dark” future with little promise of attaining peace and prosperity. How then do the people of Egypt find the third road that would start them moving toward the “light” of mutual appreciation and a willingness to compromise for the good of the community?

In the 1990’s the reformers within the movement, trying to broaden its political power and to gain wider social acceptance, succeeded in getting the Brotherhood to issue official statements guaranteeing the security of minority Coptic Christians and Shiite Muslims and endorsing women’s rights. The New York Times reporter Carrie Rosefsky Wickham noted the effect of this outreach strategy.

“The reformists began to interact on a regular basis with professionals, journalists and civil society activists outside the movement’s insular networks. Such interaction, several of them told me in interviews conducted from 2004 to 2011, changed their outlook dramatically.”

As we get to know our neighbors, regardless of our religious, cultural and political differences, we get to know them as human beings; that is, it becomes increasingly difficult to believe that they are the other. This is the heart of the third path and the only choice that will lead humanity beyond the darkness and illusion of P-B. By the time this essay is posted on the blog or published in an upcoming book the people of Egypt will have made their choice. Perhaps many of the rest of us will have also. It would be sad if that choice extends human suffering.