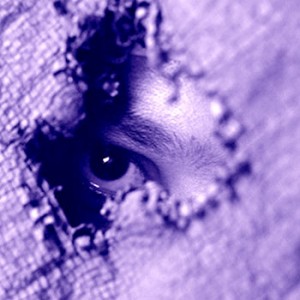 In the essays in the Simple Reality Project we have used the zombie metaphor many times while thinking that it would be of passing relevance as the culture moved on to the next expression of existential anxiety. We underestimated the staying power of the zombie. They just keep coming! “The Walking Dead, the zombie apocalypse drama that is leaps and bounds more popular than anything else on AMC (and most other channels, for that matter) will continue for at least a fifth season … [2013].”

Psychologists, of course, have their explanations for our fascination with zombies but they somehow fail to satisfy; they don’t go far enough. So once again into the fray! We look to several sources for help, i.e., to Orson Welles, a Harvard medical doctor, H.G. Wells, the Internet, Joseph Goebbels and both social and cognitive psychologists. With all that fire power, we can only hope to finally dispatch those confounding walking undead.

Why don’t the zombies in the media naturally just fade away from overexposure? Seriously! No one believes they are actually “real” do they? Well duhhh, that’s just the problem. Distinguishing reality from illusion as we have learned is a very serious problem in our P-B world. Zombies seem to have a powerful verisimilitude, a creature that has a certain “reality” about it. Maybe it’s because they resemble someone we know.

This essay is being written on October 30, 2013. Exactly 75 years ago today, on October 30, 1938, Orson Welles decided to have some fun scaring his radio listeners with a realistic broadcast of H.G. Wells’ War of the Worlds. Welles convinced a lot of listeners that the Martian invasion was real and a panic ensued. Finding out otherwise, 600 listeners wrote letters and telegrams to the F.C.C.

In 2011 a Harvard Medical School physician, Steven Schlozman, was being interviewed on an early morning radio program by Ian Punnett. The radio program “Coast to Coast aired from 2 a.m. to 4 a.m. E.S.T. Dr. Schlozman, also a fiction writer, had written a novel entitled The Zombie Autopsies: Secret Notebooks From the Apocalypse. He and Punnett decided to test their acting skills a la Orson Welles and play the interview for real.

Punnett asked Dr. Schlozman to explain the death of a doctor from the Centers for Disease Control who had been studying the origins of a zombie “plague.” They called the fictional disease of zombie origin Ataxic Neurodegenerative Satiety Deficiency syndrome (A.N.S.D.). They “acted” their hoax very broadly, having fun and never suspecting that anyone would be taken in by the “verisimilitude” of their pseudo-drama.

For example, would most of us believe this description: “… the C.D.C. expert worried that the disease had been engineered by nefarious hedge-fund managers, in hope that the stock market would plunge and become vulnerable to manipulation as the chaos spread.”  Ha! Ha! Ha! Very funny! Whoa, not so fast. Not so funny.

Dr. Schlozman was sure that people hearing the commercial breaks for lawn fertilizers and auto insurance would understand that references to zombies was a charade. “Instead, the show generated a ripple of genuine concern. E-mails showed up in my in-box, and I got questions along the lines of: What’s the best medicine to stave off the zombie infection? How do I keep my house safe from the zombie onslaught?”

We might think that the Internet would be used by today’s tech-savvy media consumers to verify the “facts” of rumors and pseudo-scares that cause them anxiety. We homo-saps are many things but rational we are not. Dr. Schlosman made matters worse prior to the radio broadcast by posting a fake medical paper warning the nation about zombies. He wrote a fake medical paper about the virus that turned people into zombies. Before long Schlozman was aided and abetted by many gullible allies.

“In fact, Ataxic Neurodegenerative Satiety Deficiency syndrome, the disease that I simply made up, now has its own Web site, and there are supposed photos of A.N.S.D. that you can find through a Google search. (I did not know about any of this until my wife showed it to me).”  We can find anything that we want online, especially those things that scare us.

We want to be deceived.     Blaise Pascal

Why do many of us search out anxiety-producing content on the Internet? That seemingly illogical behavior is because we want to be distracted from our suffering. We would rather be chased by a zombie than by our own deep longing for truth and beauty. Immersing ourselves in a scary movie to distract us from our suffering (a reaction) is not as scary as committing to give up (a response) our false-self survival strategy.

We often search the Internet looking for evidence of our worldview (P-B). Social and cognitive psychologists call this “confirmation bias.” In seeking evidence for our survival strategy myth, we will selectively ignore any experience that conflicts with that narrative. The Internet is an ally in that self-deception.

As far as we know, zombies have not taken over the Internet but it might seem as though they have. For example, if we used Dr. Schlozman’s computer to search the word “food,” the first jpeg that a Google Image search yields is an electron micrograph of salmonella, in part because he is an M.D. and because he writes about infection, food-born illnesses and zombies (in his fiction books).

If we typed in “food” on the computers of the average person we would probably get a photo of a pizza or salad. “To this end, the Internet recycles your own preconceptions, even in the guise of a seemingly random inquiry. It scares you with what it thinks you want to know.”

We are predisposed to believe what we want to know but also what we hear being said by a well-known person (Orson Welles) over the latest media technology (radio). Another way to reinforce belief is repetition. Joseph Goebbels German Nazi propaganda minister, using the radio and repeating Nazi propaganda was able to get the German people to buy into an outlandish myth.

So in the final analysis, what’s with these monsters in the media? Psychology says that we tend to project our worst fears onto these mythical personifications of the dominant anxiety of our decade or era. Frankenstein represented to many of us science out of control. Godzilla was a creation of our anxiety about the A-bomb. Perhaps vampires and zombies bear our projections related to our fear of diseases like cancer, salmonella, or AIDs.

Our conversation about monsters may afford us insights that we might not otherwise have into the causes of human behavior, which is also the overall value of the divergent thinking found in the Simple Reality essays. Speaking of the monster created by Mary Shelley and jolted into life by electricity, she also intuited the same thing. In her preface to Frankenstein she explains why she thinks her story promotes human understanding.

“‘However impossible as a physical fact,’ it ‘affords a point of view … for the delineating of human passions more comprehensive and commanding than any which the ordinary relations of existing events can yield.’”  In other words our monsters of choice are more real than we would ever suspect and there is a reason that there is something familiar and even riveting about them.

Stress may be the all-too hidden disease of our high-tech society. Zombies never stop coming and must be methodically dealt with. Kill one there are two more. Kill them and there are four more. It’s like E-mails at work. Read and erase, read and erase, read and erase. No matter how much work many of us get done or how hard we work, we know tomorrow there will be even more. “The Internet reminds us of this every day. Zombies are like the Internet and the media and every conversation we don’t want to have. All of it comes at us endlessly (and thoughtlessly), and—if we surrender—we will be overtaken and absorbed.”

Verisimilitude, a very interesting business isn’t it. So many things seem so real but aren’t. Mystics are clear that meditation is the practice that will lead us to an experience of Simple Reality. The experience we all seek is within and the wisest among us learn to ignore all sensory phenomena. Everything “out there” is an illusion, zombies included.