The Long Journey Through Nothingness 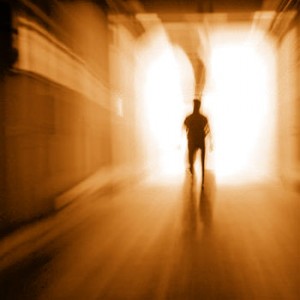 How important is dis-identification with the mind (along with body and emotions)? How potent is the mind as a source of suffering? Apart from the usual handful of mystics, these questions are rarely asked within the human community at large but occasionally it happens.

“Boredom, it turns out, is a form of stress. Psychologically, it’s the mirror image of having too much work to do, says Jason Kring, president of the Society of Human Performance in Extreme Environments, an organization that studies how people live and work in space, underwater, on mountaintops and other high-risk places. If your brain does not receive sufficient stimulus, it might find something else to do—it daydreams, it wanders, it thinks about itself. If this goes on too long, it can affect your mind’s normal functioning. Chronic boredom correlates with depression and attention deficits.”

First of all, what psychologists need to realize is that the human mind is always in a state of delusion, even when focused on solving problems. That is because the world of form itself is an illusion, so no wonder that boredom, anxiety and depression are common “states of mind.” The unfettered human mind is running around like a wild elephant. That wild elephant will be fine and very useful for doing pragmatic work in the realm of form but first it must be trained. Until that happens the mind is continuously unsettled and restless. That’s why it’s called the monkey-mind—an apt image; “It suggests that what we call a restless mind is just that—a mind desperate for something to amuse it, searching frantically for stimulus.”

The article from which these quotes have been taken is about psychologists studying the mind to determine how it will cope on the eight-month-long journey to Mars. “Astronauts are rigorously tested for psychological as well as physical fitness. But no mission in NASA’s history has raised the specter of chronic boredom to the degree that a Mars mission does, because none have involved such a long journey through nothingness.”

Before we blast off into space with our unfettered and untrained minds, we would do well to learn how to train the 7 billion minds on earth. We are getting ahead of ourselves in colonizing or visiting other planets before we have learned how to survive on this one.

The author of the article entitled “Are We There Yet,” ends her piece with a couple of revealing sentences. “It might sound absurd, but many scientists say strategies like this [learning how to stimulate the mind on long voyages] are necessary because without proper mental stimulus, we risk making a physically and technologically challenging endeavor into a psychologically grueling one.”

Mystics will tell us that the human mind is already over-stimulated. We use mental stimulation to distract us from our suffering. We don’t need to travel to distant places to learn anything. We already know everything necessary to live joyfully on this planet. Secondly, due to our failure to understand the proper role of our intellect, our mind has already made the human “voyage” a grueling one. In other words, “life is suffering” and boredom is only a small part of that suffering.

And finally, “It would be catastrophic if humanity’s greatest voyage were brought low by the mind’s tendency to wander when left to its own devices.”  The journey to Mars is pointless until we have enough self-awareness to know what such an accomplishment would mean. Humanity has made many explorations in the world of form and they have contributed nothing to our central human dilemma. We live in the midst of a great human catastrophe every day which has been created and sustained by our failure to understand the function of our own minds and the effects of a “wild elephant” running amok in the global village.

Are we there yet? Not even close!