The Mirrors of History 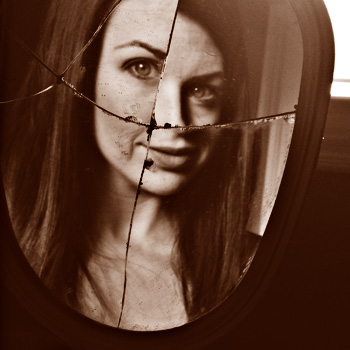 There are a couple of ways to “reflect” on the “reflections” of history. When standing in the amusement park “funhouse” hall of mirrors (P-B), the images of history range from comic distortions to the more common tragically grotesque. Only the undistorted images seen from the perspective of P-A (the conventional, non-distorting mirror) accurately reflect what happened in the past. Revisiting some recent distorted historical images we will notice the difference in how they appeared then and how we can see them more clearly in the context of Simple Reality.

When the false self looks into the mirror at past events and current events, it sees the reflections twisted and stretched by its own craving and anxiety; what it wants history to be not what has actually happened.

One source of the “Ugly American” reflected in the eyes of people around the world would be America’s behavior toward other nations. Beginning in the 19th century it could be said that the U.S. had an interventionist foreign policy. A paranoid collective false self is not going to be able to mind its own business and is bound to offend its neighbors.

One behavior common among paranoid neighbors is spying on one another. Lack of trust means an insatiable curiosity about what the people next door (today that means anywhere in the world) are up to. The behavior of the C.I.A. in the recent past will reflect this virtually universal defensive worldview.

However, as we shall see, the Central Intelligence Agency has been anything but “intelligent.” A “spy” organization that lacks intelligence, and more importantly one that lacks awareness of what drives human behavior, is very dangerous. The C.I.A. has created chaos around the planet and contributed to damaging the nation it purports to protect. Now for some historical facts to back up what to some may be an outlandish assertion. Here are some images reflected in the mirrors of history.

National security and foreign policy institutions should have mutually supportive goals. A healthy foreign policy would be in the best long-term interest of the nation. Two brothers just walked into our funhouse and their images reflected in the mirrors would be comical if they weren’t so repulsive.

Many Americans have a high opinion of themselves (American exceptionalism) but is that opinion shared beyond our borders? Apparently not in the eyes of book reviewer Adam LeBor or Stephen Kinzer, author of The Brothers: John Foster Dulles, Allen Dulles and Their Secret World War. LeBor begins his review of Kinzer’s book in The New York Times Book Review with this sentence: “Anyone wanting to know why the United States is hated across much of the world need look no further than this book.”  If the image of the U.S. is ugly in “much of the world” perhaps we might want to see if we can bring it into a clearer focus with the goal of changing the behaviors that tarnish how we appear to others.

John Foster Dulles served as Secretary of State from 1953-1959 and his brother Allen Dulles ran the C.I.A. from 1953-1961. Before they entered public service they played key roles for decades greasing the connections between the corporate world and American foreign policy.

For example, John Foster Dulles played a central role in channeling funds from the U.S. to Nazi Germany in the 1930s. “Indeed, his friendship with Hjalmar Schact, the Reichsbank president and Hitler’s minister of economics, was crucial to the rebuilding of the German economy. Sullivan and Cromwell [the firm where both brothers were lawyers and partners] floated bonds for Krupp A.G., the arms manufacturer, and also worked for I.G. Farben, the chemicals conglomerate that later manufactured Zyklon B, the gas used to murder millions of Jews.”

We can see how a short-sighted false self lacks the awareness to respond to the long-term best interest of U.S. security and foreign policy. The security energy centers of the Dulles brothers, their zeal in making a buck, aided Hitler’s Third Reich and the expression of Adolph Hitler’s power energy center. They would have been well advised had they any notion of future public service to observe the reflection of Hitler’s distorted psyche by reading Mein Kampf.

Human survival strategies run amok continued on a global scale following World War II. President Truman, not as obsessed with the other as many Washington politicians, dissolved the O.S.S. which was later reborn as the C.I.A. Allen Dulles, representing the J. Henry Schroeder Banking Corporation probably began to see that he could do a big favor for one of his bank’s clients, the Anglo-Iranian Oil Company, by becoming director of the C.I.A.

Mohammed Mossadegh was the leader of Iran in 1953 when the Iranian Parliament voted to nationalize Iran’s oil industry. The first step was to cancel a contract that was said to be “the largest overseas development project in modern history.”  Dulles and his buddies in the world of finance could not afford to let that happen.

There is more than a little irony found in the worldview reflected by the American foreign-policy-funhouse. For example, the Dulles brothers’ images can be said to reveal Manichaen-like monsters. The Dulles’ images were ironic in that Manichaeism was a third century dualistic Persian philosophy. The Dulles brothers appeared to have a dual but contradictory allegiance to both the U.S. and their “free enterprise” employers. In truth they didn’t know who they were and a clear mirror reflection revealed that they were lackeys of their distorted and unconscious pseudo-identities.

The madness in the chaotic funhouse is that American institutions enabled the Third Reich in building a war machine which then took six years to destroy. This was soon followed by the C.I.A and American foreign policy creating yet another long-term enemy that still bedevils our most clever government officials. We ultimately drove a Communist-hating Moslem nation into the arms of the Soviet Union. This brilliant move was the result again of pure greed. The C.I.A. engineered the overthrow of Mossadegh replacing him with the American puppet, Shah Mohammed Reza Pahlavi. The U.S. in the meantime has managed to turn the entire Middle East into a cauldron of chaos. It all started with those Dulles boys who seemed to reflect a healthy identity at the time.

The images in the funhouse of history are wildly distorted and discombobulating but there is a certain sameness to them when viewed over time. A certain type of distortion seems to be repeated when closely studied. Most students of American history don’t seem to notice this ever-present prototypical dysfunctional behavior.

However, as time passes there is always the possibility that the distorted images all too often reflecting fear and panic may appear more normal. The C.I.A. is still up to expressing its Chicken Little worldview imagining every cloud on the horizon is a bit of falling sky. Because of ineffective methods of interrogation (think torturing) at Guantanamo Bay, we should wince at the expression of our collective identity which may seem to have devolved from American exceptionalism to American shame.

“Years before the release in December [2014] of a Senate Intelligence Committee report detailing the C.I.A.’s use of torture and deceit in its detention program, an internal review by the agency found that the C.I.A. had repeatedly overstated the value of intelligence gained during the brutal interrogation of some of the detainees.”  This was an internal report which we would suspect might have pulled some punches and that the truth just may be a bit more grim and damning.

“The Bush administration opened with a second Pearl Harbor [9-11], ended with a second Great Crash [The Great Recession of 2008], and contained a second Vietnam [Afghanistan/Iraq] in the middle.”    Does history repeat itself? It is worse than that—it never changes—so it doesn’t matter whether we read it forward or backward.

If we spend enough time in the funhouse bedazzled by the flowing images, we begin to take them for reality and the disorientation can make us doubt what we are seeing. It fails to make sense after a while and the mirrors begin to come closer and the panic of claustrophobia can cause us to doubt our judgment. What is real and what is the reflection?

Can you identify this president by the nonsensical reflections dancing around him? “Then a president finds his job has shrunk to cajoling a recalcitrant Congress, exhorting an indifferent public and reconciling warring factions within an administration, where he takes the blame for actions over which had no control and that he probably would have opposed had he been given any advance notice of them.” *

For some of us the whole funhouse spectacle can be a little much and for others they not only see bizarre and distorted images swirling around them, they are certain that UFO’s have visited the earth piloted by creatures that will make the mirror-emanating people seem tame by comparison. For a few of us the only solution would seem to be a subterranean refuge—flee, flee before it’s too late.

We could call this underground escape hatch the “silo solution.” There are 72 abandoned Atlas-F missile sites, 10 stories deep, concrete tubes capable of withstanding a nuclear strike. They not only offer protection from extraterrestrials and out-of-control mirror images but are a refuge from hurricanes, tornadoes, radiation and yes, zombies if it should come to that. For you survivalists, these structures would seem ideal.

Larry Hall, has developed one of the sites and it seems to be a success. “Mr. Hall transformed one silo in Kansas into luxury ‘survival condos,’ with a pool and spa, theater, shooting range, rock-climbing wall, dog park and five different power sources. Also on hand is hydroponic food, biometric locks and a minor surgery center should residents need to ride out an apocalypse. (The site is designed to sustain 70 people for at least five years.)”

No mention of any funhouse mirrors in the silos, but then most of us have had our fill of those reflections.  Any more of these images and we will all be heading for the silos like rats fleeing a sinking ship.

This entry was posted in 3 Essays and tagged history, oneness, point of power practice, story, worldview. Bookmark the permalink.