The Psychology of War: the Definitive Answer 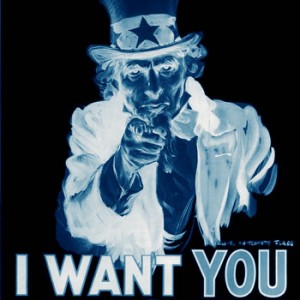 Wasn’t it Occam’s razor that contained the observation that the simplest explanation is the best? But in P-B, the more complex an analysis is the more believable.  The problem with that is we have wandered so far off into the jungle of complexity that we are unlikely to find our way out. We are lost and we don’t know how we got here.

Well, at any rate, the heart of Simple Reality, not surprisingly, is that simplicity leads to understanding as well as truth and beauty. Hence, in the context of Simple Reality, we can say that the causes of war are easy to understand and, theoretically at least, easy to avoid; not that humanity (with the false self in control) has succeeded in either.

Our subject is World War I. The American novelist Henry James looked upon the war soon after it began and experienced a shattering of his previous naïve beliefs about human progress. “The catastrophe of World War I forced James to examine the confident assumptions of, in his words, ‘the whole fool’s paradise of our past’—the bourgeois faith in progress, above all—that had informed his work. ‘The subject matter of one’s effort,’ he wrote in 1915, ‘has become itself utterly treacherous and false—its relation to reality utterly given away and smashed.’”  Notice how insightful James’ observation is. He intuits that humanity is unconscious, unmindful of “reality” itself. Indeed, historian Christopher Clark shows Europe “sleepwalking” into war.

At the end of the “war to end all wars” many people began to realize that their belief in human rationality was badly shaken if not, for some, destroyed. In fact, any belief in human rationality was misplaced to begin with and there had, indeed, never been any proof of the existence of “the creature that reasons.” Nothing supports this outrageous contention better than watching historians, psychologists and sociologists try to unravel what brought about this shocking madness that engulfed the landscape of Europe almost a hundred years ago like an out-of-control and raging conflagration.

Even those who played central roles or had front row seats are at a loss to comprehend what happened in 1914 and how the events leading up to the war got out of control. “President John F. Kennedy once remarked that ‘in 1914, with most of the world already plunged in war, Prince Bulow, the former German chancellor, said to the then-chancellor Bethmann-Hollweg: ‘How did it all happen?’ And Bethmann-Hollweg replied: ‘Ah, if only one knew.’ If this planet is ever ravaged by nuclear war,’ Kennedy went on, ‘if the survivors of that devastation can then endure the fire, poison, chaos and catastrophe, I do not want one of those survivors to ask another, ‘How did it all happen?’ and to receive the incredible reply, ‘Ah, if only one knew.’”

Does anyone today understand how wars come about any better than they did in 1914 or even the cause and objective of Kennedy’s own Bay of Pigs disaster? In listening to people who have given this question a good deal of thought, we realize we are no closer to avoiding a nuclear winter than we were fifty years ago.

Kennedy admired Barbara Tuchman’s book The Guns of August about World War I and referred to it during the Cuban missile crisis. “‘I am not,’ the president told his brother Bobby, ‘going to follow a course which will allow anyone to write a comparable book about this time: ‘The Missiles of October.’” Nor do we today, as we approach the winter of 2014, want anyone in the future to write an analysis of our next war as the “Nukes of November.” But if we don’t choose to end our sleepwalking, such a book is inevitable, providing anyone survives to write it.

Why haven’t historians, after all these years of gathering evidence, been able to figure out what happened? Fritz Fischer accused Germany of starting the war in his 1967 book Germany’s Aims in the First World War. Historian Sean McMeekin blames Russia and Nial Ferguson points the finger at Great Britain. Well, we clearly cannot rely on professional historians.

In one of the most recent (2013) attempts to understand the madness of a century ago, Margaret MacMillan in her book The War That Ended Peace: The Road to 1914, writes, “we may have to accept that there can never be a definitive answer, because for every argument there is a strong counter.”  That’s because the “arguments” occur in the context of the wrong narrative. Definitive answers are indeed possible.

We dare not give up seeking answers for humanity’s proclivity for violence because the consequences of accepting the inevitability of war are too hideous. For example, The Great War at the turn of the 20th century left 20 million military and civilian dead. Let’s walk through the events leading up to the war and stay present for clues to what might have gone differently. War is not inevitable, that is, unless we think it is.

Humanity is one family. You would think that violence among family members who are, in all profound respects, exactly alike would be unthinkable. Not in the P-B story it’s not! World War I is a literal example of that. The rulers of Germany, Russia and Britain, the principle power-players in our European drama, were in fact cousins. They had actually all attended a family wedding in May 1913. Or rather, we should say, the false-selves of each member of the imperial family had attended the wedding.

“The British king, George V, is unable to speak to Czar Nicholas II of Russia without Kaiser Wilhelm II spying on them. Later George suffers a harangue from Wilhelm about British alliances with ‘a decadent nation like France and a semi-barbarous nation like Russia.’”  As we often point out in Simple Reality essays, when the name-calling starts, communication stops. So that’s our first insight into the causes of World War I. Simple isn’t it?

Name-calling is related to another cause of all human violence and that is the illusion of the other. If Kaiser Wilhelm, out of fear of the Russians, comes to believe that they are subhuman, he can easily justify declaring war on them and their equally inferior Slavic cousins in Serbia where the war actually started.

Wars are always “chosen.” We humans are not automatons mesmerized by our existential fear of the other, flinging ourselves like lemmings off the Cliffs of Dover. We calculate, albeit unconsciously, what courses of action would be in our best interest. However, we are rarely able to see what our long-term interests are before we make our knee-jerk reactions and then it is often too late.

What would an alternative behavior look like in P-A? Experience the anxiety, choose not to react, and then relax and breathe and take some time to understand the full consequences of our options. The goals of our decision-making process would be to be mindful of the folly of identifying with our body (fear of loss), our mind (fear-driven narrative), and our emotions (allowing our mindless reactions to control our behavior). Secondly we must resist the illusions that we are tempted to project on those who might appear to be the enemy. There are no enemies, despite superficial differences among the groups involved; there are only other people just like us. And finally, the most rational response would involve acknowledging the goal that would be the most powerful human behavior to avoid violence—that of compassion—which empowers any human being to arrive at the best of all possible outcomes in any conflict.

Contrast the above human behaviors with what actually happened in 1914 and we can see why time and again we fall into the trap of war wondering how we ended up in the traumatic trenches.

Belief in the other motivates nations to seek entangling alliances for mutual protection and to balance power, an alleged deterrent to aggression. The Allied Powers, Great Britain, France, and Russia, joined together to discourage territorial ambitions on the part of Germany and Austria-Hungary, the Central Powers.

The fuse that could have been put out at any time by practicing restraint in controlling false-self reactions was lit in the tiny nation of Serbia inhabited by Slavs, considered the other by Austria-Hungary. The Serbs were chafing under the rule of Austria-Hungary and a Serbian “nationalist” assassinated the visiting Archduke Franz Ferdinand. Calm, cool and skilled diplomats who can distinguish between reaction and response are badly needed at this point. Only highly delusional leaders can see any benefit to war.

At first it looks like reason will prevail. “The Russian czar begs his German cousin to help keep the peace. The Kaiser and Bethmann-Hollweg momentarily get cold feet [hold off invading Belgium on the way to France]. The Hungarians, without whom the government in Vienna could not act, urge a settlement with Serbia. With the foreign secretary, Sir Edward Grey, ducking and diving, the British look to avoid fulfilling Triple Entente obligations to France and Russia.”  The inner wisdom of the True self senses disaster!

All of these momentary hesitations, which could have helped avoid a war, were overcome by the identities of the European national leaders dictated by a story where violence was an integral part of the false-self survival strategy. After all, these nations had been preparing for war for decades as if the production of each ship, cannon and plane was part of a self-fulfilling prophecy that had to happen. It was only a matter of time. This was the “belief” part of their beliefs, attitudes and values, their worldview. Remember that worldview determines identity and identity drives behavior. An unconscious and fearful false self will choose war in this situation as the “best” choice given the illusion, the worldview they take for reality. War becomes the definitive answer.