War on the Cheap 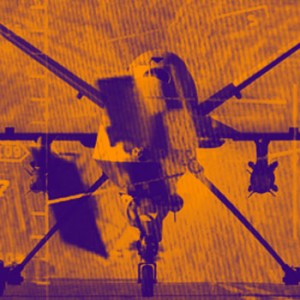 Historian Will Durant calculated that throughout human history there have only been 29 years when there had not been a war somewhere.

We would all like to believe that the history of the horrors of war would act as a deterrent to future wars. But what if the horrors of war are not experienced by those who are declaring war and paying for it? And what if wars can now be fought on the cheap? Of all the illusions of P-B, none is more insidious than the self-deception that war is inevitable, is worth the cost or that it solves problems.

The penetrating insights of columnist David Sirota provide the provocative food for thought in this essay. He begins by citing an analysis by the British Ministry of Defense warning that drone warfare may be creating “an incremental and involuntary journey towards a Terminator-like reality.”

First, we have “war on the cheap.” If war can be waged less expensively with high tech weapons, then it becomes more likely. “The dynamic is not surprising—nations will inevitably be more willing to use warfare if they possess instruments limiting the cost of war.”  The average American is unaware of how much they are personally paying for the several long-term wars that have been recently or are currently being fought. “Most Americans have been insulated from these costs—and it’s no coincidence that as we’ve become more insulated, we’ve happily waged more frequent wars.”

We Americans aren’t “happy” about waging war; it’s more about “if it doesn’t affect us directly in our day-to-day life then we can ignore it.” When George W. Bush coupled massive tax cuts with the long-term military occupations of Iraq and Afghanistan the reality of the domestic cost of war was replaced by the illusion that there is no personal financial hardship associated with war.

The history of warfare beginning in World War II reveals the pattern of how wars are becoming easier to declare and sustain. Technology has helped insulate both the public and the combatants from the pain of war. Aerial attacks on the enemy involving dropping bombs from 40,000 feet allowed the mass killing of both combatants and civilians from a more “comfortable” distance.

The pain of war was further reduced for the general population with the end of the draft during the Vietnam War. Wars have been fought ever since with a relatively small number of volunteers thus eliminating most of the long-term popular resistance to ongoing wars. With no draft and the use of technology it means that no one is forced to go to war and that fewer soldiers are killed in battle. Both of these realities tend to mask the long-term costs of psychological damage visited upon the families of soldiers and society as a whole.

The U.S. is now using private military contractors more extensively than ever before. Hired soldiers cost less than regular troops and there is less remorse when a volunteer private contractor is killed or injured. “Instead of having to lament the innocent Army serviceman killed in action, we can write off contractor deaths by telling ourselves that death is an occupational hazard the contractors happily choose to face—and are paid handsomely to confront.”

Most Americans, as we experience our lives in P-B, will also exhibit psychotic behavior from time to time. This deterioration of normal intellectual and social functioning involving a partial or complete withdrawal from reality and can be evident when we are involved with violence as either a perpetrator or a victim. Only a nation experiencing a mass psychosis would choose an unnecessary war as the U.S. has done several times in the last 60 years. Only the context of Simple Reality will prevent the collective identity necessary to choose self-destruction.

Our last hope that Americans will feel the pain of war may be our massive defense budget that must be paid for at some point in the future. We cannot keep borrowing forever to finance the fear-driven insanity that characterizes America’s unconscious war-making. President Eisenhower’s warning about the “military-industrial complex” will hopefully eventually penetrate through the fog of war.