The Reality of Violence 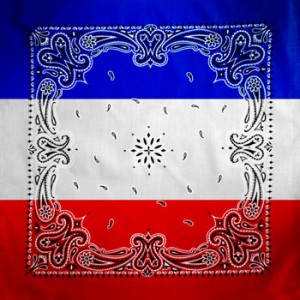 To change human behavior we must understand the operational aspects of human consciousness. Namely, that our story determines our identity and that our identity drives our behavior. As regards violence, it is a learned behavior and as such can be unlearned.  Each of us in applying the Point of Power Practice can replace self-destructive behavioral conditioning with life enhancing behavioral conditioning. By choosing response over reaction we can also take these principles to the “mean streets” of south Chicago, Baltimore or Brooklyn and begin to reduce gang violence.

Epidemiologist Gary Slutkin returned from Africa in 1995 after ten years of helping to battle diseases like AIDS, cholera and tuberculosis. Back in Chicago he found that gun violence in poor neighborhoods was clustered like the epidemics in Africa and that gun violence was also contagious like the diseases he had confronted there. Cease Fire, the organization he founded began to treat gun violence as a disease, a public health problem rather than a criminal justice problem.

Some of the youth of our so-called “inner cities” get caught up in gang violence because they are unfortunate enough to live in a culture where violence is a core belief. Americans believe in violence; they believe that it is a necessary part of reality. And it’s true; human beings are, under the right circumstances, naturally violent. What is also true is that violence is nevertheless a choice. Our biological nature, in other words, can be transcended.

Violence, like all false-self behaviors is driven by fear. Daniel Webster, the co-director of the Johns Hopkins Center for Gun Policy in Baltimore, supports this reality. “If you are a gang member, your No 1 fear is getting shot.”  If so many gang members fear being shot why do they persist in shooting each other?

The second part of a gang member’s worldview and the answer to our last question is revealed by Webster: “they feel powerless to stop the behavior by themselves.”  So! How can we help?

Identity (Who am I?)

To a gang member the ostensible reason for shooting someone is that they have disrespected you. The real reason, as we already know, is fear. Because a young male gang member fears being labeled “afraid” he will shoot someone to prove that he is not afraid or to defend himself from his worst fear, which is being shot. As in all of our self-destructive behaviors we create the very experience we don’t want. The story of violent youth gangs then becomes an analogy for humanity as a whole. We become very violent to allay our fears of violence.

The ideal outcome for a gang member is to be thought of as the “baddest gangster in the neighborhood.” Or, even better, as columnist Michiko Kakutani has labeled Mike Tyson in a recent piece for The New York Times, the “Baddest Man on the Planet.” Tyson, former heavyweight boxing champion, can affirm some of the assertions we make in this essay. “He said he eventually created the ‘Iron Mike persona, that monster,’ but that underneath remained ‘this scared kid who didn’t want to get picked on.’”  Tyson grew up in the Brownsville ghetto in Brooklyn.

Behavior (Why am I here?)

In a very literal sense, we all live in a “mean streets” neighborhood. It’s important to emphasize that the only behaviors people can express are those allowed by their narrative and supported by their identity. Mike Tyson has been struggling for some time now, almost heroically, to change his worldview and his identity. He knows that something is fundamentally wrong with his story and who he used to think he was. “I truly want to deepen my relationship with Kiki [his wife] and see my kids grow up to be healthy and happy. But I can’t do any of these things if I don’t have control over myself. I can’t help anyone if I’m not well myself, and I desperately want to get well.” All of us can and should say “Amen” to that.

Anyone contained in a P-B context exhibiting survival strategy behaviors is by any definition mentally ill. In a sense there are 7 billion people on our planet who are afraid of being shot. If gang members are mentally ill then throwing them in jail is madness because it perpetuates the very problem it purports to solve.

The same public health approach used with contagious diseases can be used with the disease of gun violence. First, identify the “carrier” and neutralize them by persuading them not to use a gun. Secondly, as in the S.O.S. (Save Our Streets) program in Crown Heights Brooklyn, trained “violence interrupters” try to mediate when an incident happens where it looks like someone in the neighborhood might want to shoot someone else.

And finally, S.O.S. staffers will visit the hospital and try to convince the victim, his family and friends not to continue the cycle of revenge. Does such a straightforward approach work? Strangely enough, it seems to. “‘If you ask gang members to take a vote on whether someone who disrespects someone should be shot, the vast majority would answer no,’ Webster said. ‘But they feel powerless to stop the behavior by themselves.’ S.O.S. gives them the out they are looking for.”

Violence, like all self-destructive human behavior is conditioned or learned behavior and it can be unlearned. We must remember, however, that the story is the place to start.