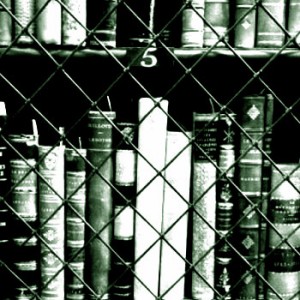 The excitement surrounding a new revelation may influence the discoverer to believe that others may be similarly enthusiastic about expanding the knowledge available for humanity. However, timing, as we shall see, comes into play and the powers that be may not be ready for changes in thinking or behavior, especially if it calls for an expanded worldview.

Galileo Galilei found himself strolling through the Vatican gardens with Pope Urban VIII in 1624 explaining the discoveries he had made peering through his new telescope and the significance of those observations on the science of astronomy.

He was hoping the time was more propitious than when Cardinal Bellarmine and the Inquisition had sent Giordano Bruno to the stake for similar theories and when Nicolaus Copernicus published in 1543 (too soon for widespread acceptance) The Revolution of the Heavenly Orbs some seventy years earlier. After all, there was a paradigm shift occurring with the Protestant Reformation. Maybe the Church would now be ready to respond to new scientific evidence related to the movement of the planets. Maybe the Church would see the need for its own “reformation.”

However, both the Pope and the Cardinal were afraid that the Church was too threatened to entertain any major changes in the ages-old beliefs, attitudes and values. Galileo’s challenge was too direct. “I think that in discussions of physical problems we ought to begin not from the authority of scriptural passages, but from sense-experiences and necessary demonstrations. Nor is God any less revealed in Nature’s actions than in the sacred statements of the Bible.”  Ouch! I think Galileo might have been a little naïve about how men who exercise power (a lot of power) might feel about change.

But, as is often the case, Galileo was accomplishing more than he knew as he sought to spread the news of his exciting observations. He was creating the modern scientific method. He had built the instrument, conducted his experiment and published the results. “[I have seen] stars in myriads, which have never been seen before, and which surpass the old, previously known stars in number more than ten times.”

His insight into the truth regarding the reality of the observable heavens is comparable to The Great Insight related to the nature of Simple Reality. Galileo had shaken the paradigm on which the authority of the Church was based in the 17th century. Offering Oneness as the fundamental reality underlying P-A is similarly unsettling to the 21st century mind.

Galileo’s book outlining his discoveries and theories was on the Church Index of forbidden books for 200 years. As a result of his trial, he had to retract what he had published and was shown the instruments of torture should he doubt the resolution of the Pope and the Inquisition. He lived out his life under house arrest. He had spoken too publicly and too soon.

Perhaps the unsettling paradigm of Simple Reality will be set aside by a false self that cannot conceive of what to do with it. As with Galileo’s discoveries, however, we see that truth can be delayed but ultimately not denied. Because of the opposition of the Church in the predominantly Catholic southern nations of Europe, science advanced more rapidly in the Protestant countries of the north with the work of such scientists as Rene Descartes and Isaac Newton. Three years after his trial, Galileo finished his last book, New Science, but couldn’t publish it. Two years after that it was published in the Netherlands where the Scientific Revolution was in full swing.

Today, humanity stands in need of another revolution and it cannot come too soon.