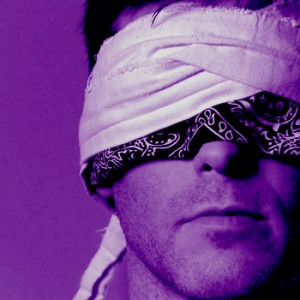 Although this essay is centered on a dilemma surrounding an event occurring in 2013 and which has implications for everyone living in the global village today, our story begins in Imperial Rome.

One of the ten divisions of a Roman legion, consisting of 300 to 600 men was the original meaning of cohort. Today, the dictionary says it means a group or band united in a struggle. Another definition is a companion or associate. Although it “occurs at all levels of usage,” this last definition is not acceptable in formal writing according to the “Usage Panel” of The American Heritage Dictionary (1982 Second College Edition).

Nevertheless, we will use the word in question to mean all of the above except the military meaning although, as we shall see, our cohort is indeed engaged in a struggle akin to war, a momentous struggle indeed. And by the way, we don’t consider that any of the books in the Simple Reality Project consist of “formal writing.” Only sleepwalkers, philosophers and scientists insist on proper and (yawwwwwn) formal writing.

If any of the soldiers in a Roman cohort betrayed his unit, he probably would have been executed. Yes, that is what this essay is about, heroism or betrayal. Do we blow the whistle or “snitch” on our community of whatever size, if we believe that they are engaged in unethical behavior? The moral dilemma: heroism or betrayal?

A cohort can be of any size in the sense that the 7 billion humans on the planet are engaged in a struggle for survival presenting many opportunities for heroism or betrayal. In addition to the inhabitants of the global village, the people of the western hemisphere, the first world nations, the emerging nations, the United States and the National Security Agency are all cohorts in this story.

The alleged betrayers who had to make the decision to remain “loyal” or to become whistle-blowers are award-winning documentary filmmaker Laura Poitras, columnist for The Guardian Glenn Greenwald, and N.S.A. contractor Edward Snowdon. We all know by now (2013) that this cohort of three gutsy people revealed that the N.S.A. has been “spying” on virtually anyone and everyone on the planet of interest to them vis-à-vis their threat to U.S. national security. The N.S.A., by the way, has a very broad definition of national security.

Our second cohort consists of the academics Adam Waytz, James Dungan and Liane Young who will soon (Fall of 2013) publish in the Journal of Experimental Psychology, the findings of their study relating to the morality of ratting-out one’s fellow community members.

Notice how their findings relate to the current struggle between political liberals and conservatives in the U.S. “Studies show that American liberals tend to focus more on fairness, while American conservatives tend to focus more on loyalty, which may help explain differing responses to Mr. Snowden’s revelations. To some he was defending the rights of all Americans; to others he was a traitor to his country.”

Currently, Snowden has been given temporary asylum in Russia. Greenwald and Poitras are being harassed by security officials whenever they travel. They have many more documents provided by Snowden that they intend to release. Things have gotten a bit tense among the paranoid inhabitants within the story of P-B.

As always in P-A, we will deepen our understanding of human behavior by transcending the illusion of the conventional fear-driven controversy. Conservatives tend to see themselves as members of smaller cohorts than liberals. Snowden is a traitor to that group of Americans who “see” the threat of the other and remain vigilant in defending against traitors both without and within.

Liberals tend to see Snowden trying to defend the rights of all Americans and indeed humanity at large who will ultimately have their phones bugged and their computers monitored if they are not already, not to mention other spying technologies that we will visit in We Can Run.

We all know or will come to learn that moving in the direction of increasing alienation and mistrust among nations and peoples will end in greater suffering and self-destruction. Choosing loyalty to my cohort means my group against the world. Choosing fairness means let’s come together and make the world a better place, overcome the illusions that form the basis for our behavior in P-B and transcend our old conditioning.

It is good for the N.S.A. to get busted or for an individual to get caught behaving unethically because the perpetrator can then learn the folly of allowing the paranoid false self to make self-destructive choices.

We cannot have too many whistle-blowers. Snowden, Poitras and Greenwald are not being disloyal to their cohort; they have intuited a heart-felt and larger loyalty, that is, to the greater good of all humanity. This is a “response” which is the highest human expression.  This is also called compassion.