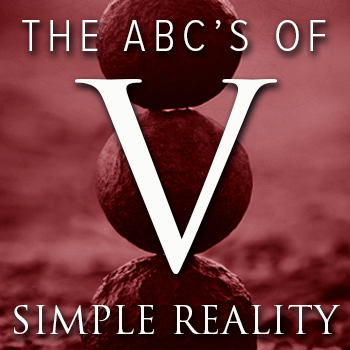 “Physical force exerted for the purpose of violating, damaging or abusing” would be a conventional definition of violence. The British mystic Thomas Troward made the connection between violence and worldview when he said, “Violence is the clashing of individual wills not harmonized by the recognition of any unifying principle. The ONE-ness of the Spirit from which all individualization proceeds is entirely lost sight of, and ‘each for himself’ becomes the ruling principle—a principle which cannot but result in violence under whatever disguise it may be masked for a time.” It would be hard to find a more powerful rationale for humanity to create a narrative based on Oneness.

However, P-A would not do away with the competition that many people enjoy in sports for example. Clearly then, there must be a difference between competition and violence. We can be aggressive and competitive without violence because, as we define competition, there is no intention to violate, damage or abuse anyone. Competition in sports, for example, can be healthy and a source of joy, unless that is, violence enters into the game. In that case, aggression, the healthy behavior of the True self in the present moment, becomes socio-pathological behavior exhibited by the false self.

Seth sees violence as a distortion of aggression or in terms of Simple Reality a failure to distinguish reaction from response. “Violence is not aggressive. It is instead a passive surrender to emotion which is not understood or evaluated, only feared, and at the same time sought. Know that yearning [craving] is made up of feelings [emotions] of despair caused by a sense of powerlessness, not of power. Violence is basically an overwhelming surrender, and in all violence there is a great degree of suicidal emotion, the antithesis of creativity. Both killer and victim in a war, for instance, are caught up in the same kind of passion, but the passion is not aggressive. It is the opposite—the desire for destruction.”

Violence today is overwhelming the global village. One example will suffice since we all live with this violence every day. “The price of our gun policy can be seen in this breathtaking statistic: More Americans have died from guns here in the United States since 1970 (nearly 1.4 million) than American soldiers have died in all the wars in our country’s history over more than 200 years (about 1.2 million).”

Simple Reality makes clear that whatever our experience is as individuals or as a nation it is because of choices that we make day by day. If we don’t know what the full menu of our choices are we cannot make good or even conscious choices. Elliott Currie, a criminologist with the University of California at Berkeley, refers to a study by the Eisenhower Foundation. “I would not really have dreamed in 1969 that violent crime would get so much worse in the 80s and early 90s and that I’d be helping write a report [1999] saying that we have made so few gains. By some measure, I’d have to say we’ve gone backwards. I think we made a lot of wrong choices.”

One such “wrong choice” might be putting guns in the hands of children by the firearms industry to encourage participation in shooting sports. “The industry’s strategies include giving firearms, ammunition and cash to youth groups; weakening state restrictions on hunting by young children; marketing an affordable semiautomatic rifle for ‘junior shooters’ and sponsoring semiautomatic-handgun competitions for youths; and developing a target-shooting video game that promotes brand-name weapons, with links to the websites of makers.”

Are children capable of using guns in a rational and non-violent way? Most when properly trained with good role models undoubtedly are, but what about those who aren’t? Remember, violence has to do with power and many adolescents are afraid and feel powerless. A weapon might be for these children a way to redress that imbalance of power.

“During middle school or junior high, a status hierarchy emerges, and much violence at school is related to peer rejection, competition for status and status-related confrontations. Serious violence usually is associated with groups of youths who are seen as failures at school and rejected by conventional cliques. It is in these groups that violence is modeled, encouraged and rewarded. Here justifications for disengaging one’s moral obligation to others are taught and reinforced.” This paragraph was written before the shootings at Columbine High School in Colorado!  (Since Columbine, there have been 29 mass shootings in the U.S.)

Other nations have made different choices with different results. Emergency Medicine doctor Comilla Sasson traveled to Singapore to speak to doctors about her experience treating gunshot victims the morning of the Aurora theater shootings of July 20, 2012. She told her colleagues from Korea, Thailand, the United Kingdom and Singapore that the rate of people killed by guns in the U.S. is 20 times higher than other similar countries.

The doctors in attendance, who collectively had five decades of experience among them, told her on average that they had only seen two gunshot wounds in their careers. In contrast, Sasson averaged one or two per shift in the ER. Looking at the difference among the societal “stories” prevalent in these other nations would be a good place to start to understand the stark difference which baffles doctors in the U.S. who are themselves traumatized by the trauma being wheeled into their operating rooms every evening.

Our failure to distinguish between authentic power and the illusion of power helps explain the growing violence on our planet. Gary Zukov explains: “The type of power that you are trying to transform in yourself is the type of power that needs to be transformed in general upon the Earth. There are numerous, numerous, numerous human beings who are drawn to violence—violent fantasies and violent acts. Most of them essentially center in the fact that the individual himself or herself feels powerless and victimized and, therefore, wants to live, for a brief period of time with one other human being, a sense of being empowered, but there is no genuine power to be found in that area.”

Not all wars involving violence occur on conventional battlefields. Natalia Gavrilenko, deputy director of Women in Danger in Russia [1997] describes how Russian men make war on Russian women. “Gavrilenko says 565,000 crimes against women were committed in Russia in 1994, and more than 600,000 in 1996. She calls the secretive violence that has ripped through Russian homes since the Soviet collapse an ‘undeclared war.’”

What is called for to reduce violence in the world is to empower humanity with the Point of Power Practice and the “aggressive” process of meditation to reduce fear and enhance creativity by revealing the human connection to inner wisdom and the Implicate Order. Violence reveals the fear and the weakness of the old human narrative whereas there is authentic strength and power in the emerging human story we call Simple Reality. We must come to understand that reducing violence is one of the many choices available to us in creating a sustainable global village.