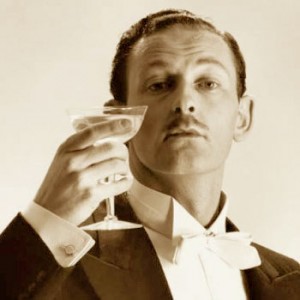 “Nearly every parent on earth operates on the assumption that character matters a lot to the life outcomes of their children. Nearly every government antipoverty program operates on the assumption that it doesn’t.”  Did you catch a whiff of the same odor of self-righteousness that we did? We took David Brooks to the woodshed a while back (in our essay That’s Easy for You to Say) but it seems he hasn’t learned his lesson. So bend over again Mr. Brooks while we endeavor to take you down a peg or two and flog some awareness and compassion into your thick hide.

We assume by “character” Brooks means “moral or ethical strength, integrity, fortitude,” and such as that. We’ll see about that now won’t we? In his piece “The Character Factory” Brooks cannot hide his bias that the privileged have more character than those less “successful.” “It’s easy to understand why policy makers would skirt the issue of character. Nobody wants to be seen blaming the victim—spreading the calumny that the poor are that way because they don’t love their children enough, or don’t have good values. Furthermore, most sensible people [added emphasis] wonder if government can do anything to alter character anyway.”  After all, the other like “the poor” have always been with us and if anything could have been done about it surely that would have happened by now—right?

“Sensible people” (like priests and politicians) over the years have spoken about what it takes to succeed and they sound a lot like the simplistic, naïve and callous pundits who spend most of their time massaging their left brains. “Social research over the last decade or so has reinforced the point that would have been self-evident in any other era [you mean we are getting dumb and dumber]—that if you can’t help people become more resilient, conscientious or prudent [don’t leave out the Ten Commandments] then all the cash transfers in the world will not produce permanent benefits.”  David Brooks when engaging in “projecting” is like the rest us experiencing unconscious self-loathing. What he sees in “welfare recipients” are those repressed aspects of himself his society found unacceptable forcing him to relegate it into his shadow. In addition to making their unwanted appearance as Freudian slips these “damned spots” are a blemish on our idealized but delusional identity. “Grab that goat, I know just what to do with it.”

“Sensible people” and left-brained intellectuals like our Mr. Brooks can occasionally have insights as Brooks did in a piece he did a week later. “When people examine themselves from too close, they often end up ruminating or oversimplifying [or reacting with a projection]. Rumination is like that middle-of-the-night thinking—when the rest of the world is hidden by darkness and the mind descends into a spiral of endless reaction [emphasis ours] to itself. People have repetitive thoughts, but don’t take action. Depressed ruminators end up making themselves more depressed.”  Yes, by golly, they do!

Why are the 1% having nightmares about hordes of the 99% who have no character? The head “porkers” in Animal Farm came to have anxiety about their uncouth barnyard cousins also and not without reason. Many in the U. S. would close our borders to keep out the foreign-speaking unprincipled rabble and would hope they could be persuaded to do more to keep down global population growth which only exacerbates the nightmares of the elite. The oligarchs (who are of course oozing with character), would probably like to see widespread use of the contraceptive device that Aldous Huxley in Brave New World called a “Malthusian belt.”

We should also be wary of the policies of politicians mesmerized by their biased false selves. “Easier to lay at Malthus’s doorstep were the fatalistic attitudes of British officials during the famines in India, which they attributed to inevitable Malthusian [overpopulation] forces than their own boneheaded economic policies.”

Those who have never been poor, unemployed or underemployed, ill or debilitated, or lived in a violent, drug-infested neighborhood may not grasp that there are people who need help to just survive.  Or they may need a helping hand to make a single positive step that will enable them to believe that they even have a future let alone expecting them to emulate Mother Teresa.

Lecturing sociologists and psychologists (usually of a politically conservative bent) further add to the list of precepts that the “freeloaders” “should” adopt to be successful like those of us who had lots of character and who courageously struggled to enter academia or the private sector and are now harvesting the rewards of the Protestant ethic. (Footnote: In the U. S. you don’t actually have to be a Christian but you sure as heck better know how to act like one.)

The truth about being down and out has nothing to do with character but with mega-forces well beyond human control. For example in Beth Macy’s Factory Man she describes Martinsville, Virginia and the decline of the American furniture industry. “‘In the ‘60s,’ she told reporter Dave Davies, [on NPR’s ‘Fresh Air’] ‘they used to say [it] had the most millionaires per capita in the country. And it was textile based and furniture based. It was booming. I mean, it had the lowest unemployment rate maybe in the whole country. It was like 1 percent or lower.’ That was then. ‘Today,’ Macy said, ‘Martinsville has led Virginia in unemployment for 10 years running, with the unofficial rate hitting 33 percent at one point. You go to the food pantries,’ she said, ‘and you see people, you know, lining up two hours before it opens and you talk to them and they’re former textile workers and former furniture workers.’”  Too bad, “let ‘em eat cake,” the “sensible people” would say, it would be good for their character.

Nicholas Kristof, a colleague of our friend David Brooks, has a more objective way of explaining why many people in America are unsympathetic regarding those who can’t seem to climb out of poverty. “Yet many are oblivious of their own advantages, and of other people’s disadvantages. The result is a mean spiritedness in the political world or, at best, a lack of empathy toward those struggling—partly explaining the hostility to state expansion of Medicaid, to long-term unemployment benefits, or to raising the minimum wage to keep up with inflation.”

How about we consult not the “most sensible people” but rather put our trust in the “most compassionate people” and see just why the conservative elite have a hard time understanding the recipients of anti-poverty programs.

“Bias is nothing new. It can show up in the way we perceive someone’s race, gender, age, disability, dress, accent, speech patterns, mannerisms and so on. For the most part, we tend to view it as a result of people’s intention to hurt others. However, neurocognitive research confirms that bias may very well be as normal to humans as breathing. Studies have confirmed that people have biases about almost every dimension of human identity. Virtually everyone has them, and overwhelmingly they are unconscious.”

“The good news is that while it may not be possible to eliminate bias [reactions], there appear to be ways to identify and navigate it [Point of Power Practice]. First, recognize and accept that you have biases [a false self]. Rather than feel guilty about them, take responsibility for them [observe them without reaction] … To do so, you must develop the capacity to observe yourself in action and to notice when certain people or circumstances serve as triggers … Once you accept them [rather than project your afflictive emotions], you can begin to limit their impact [by breathing and responding].”  Howard Ross has many valuable insights like these and has focused on the problem of “bias” in his books Everyday Bias and Reinventing Diversity.

OK! Here we are on the frontier of awareness. The relevant question at this point is: what is the difference between illusion and reality? Of course, David Brooks is not immoral because of his cultural bias, which was part of the false-self survival strategy demanded by those in his immediate environment from his childhood until now and as Ross points out, the influence of the American collective unconscious. He is, in short, like most of us, a sleepwalking zombie looking to project his anxiety on the first available scapegoat. He is, however culpable to the degree that we all are.

“Too often wealthy people born on third base blithely criticize the poor for failing to hit home runs. The advantaged sometimes perceive empathy as a sign of muddle-headed weakness, rather than as a marker of civilization.”

We can choose to “man-up” and quit squandering our energy on specious intellectualizing to distract ourselves from the tragedy unfolding in our communities and open our hearts to those around us. After all, any of us could have been or might end up “flying signs” ending in “God bless” on a street corner in East St. Louis or South Central Los Angeles. If we do find ourselves having to ask for help, we would be grateful if the “haves” would recognize that we are all a part of one human community and no one escapes suffering. The best medicine for our universal pain has always been generosity, the privilege and opportunity to express compassion for our brothers and sisters who are exactly and fundamentally in every respect, exactly like us.