A Scientist/Philosopher Searches for Awareness 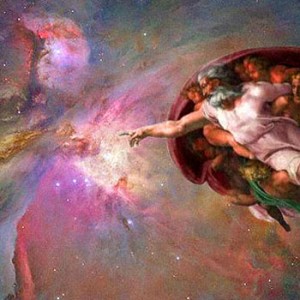 A more accurate title or description for this essay might have been “A scientist is transformed into a philosopher by his search for awareness and then dissolves into light.” Do we have your attention now? This will be fun so just relax and be ready to let go of all your preconceived notions about what “reality” is.

Our scientist/philosopher/companion in this piece is Peter Russell. He will demonstrate that it is possible for a scientist to transcend the intellect, the illusion of form and the behavioral reactions of the false-self survival strategy and experience the paradigm shift from P-B to P-A—and in the process—acquire a new identity.

This essay will show the influence that Immanuel Kant had on Russell’s transformation from scientist, to philosopher, to mystic, the hero’s journey that we are all engaged in; and because all profound questions in P-B eventually morph into philosophical inquiries.

Russell qualifies as our exemplary if not typical scientist/philosopher from the time when Stephen Hawking was his supervisor when he began his study of mathematics at Cambridge and when he began to nurture the seeds planted by Kant. And most important of all, he was not afraid to ask profound questions and remain open for unconventional answers. “The more I discovered, the more fascinated I became. At sixteen I was devouring Einstein and marveling at the paradoxical world of quantum physics. I delved into different theories of how the universe began, and pondered the mysteries of space and time. I had a passion for knowing, an insatiable curiosity about the laws and principles that governed the world.”  OK! That’s a good beginning for a curious young man.

Secondly, Russell was open to change. He was not rigid in his initial goal of becoming a mathematician. Perhaps in response to Einstein’s somewhat philosophical belief that the universe was friendly, he began to be curious about how the universe became conscious. So his reading about mind and consciousness influenced his shifting from the study of mathematics to the study of experimental psychology. He perhaps sensed that all of the exciting “action” took place in the human mind. (We said “exciting” action not “healthy” action.)

Next, he intuited the Achilles heel of science. “The paradox—namely, the absolutely undeniable existence of human consciousness set against the complete absence of any satisfactory scientific worldview.”  He eventually came to see that science in the context of P-B would be impotent in answering the most profound human questions.

His next shift was not a change in his field of study but in his worldview itself. “I now believe that rather than trying to explain consciousness in terms of the material world, we should be developing a new worldview in which consciousness is a fundamental component of reality. The key ingredients for this new paradigm—a ‘superparadigm’ [P-A]—are already in place.”

In the worldview of Simple Reality characterized by Oneness we know that dividing lines between disciplines like science and philosophy are artificial. The lines that Russell’s intellect used to divide apparent aspects of the world of form and indeed the divisions of aspects of human consciousness itself began to dissolve. He writes, “The way I use the word [consciousness] in this article is not in reference to a particular state of consciousness, or particular way of thinking, but to the faculty of consciousness itself—the capacity for inner experience, whatever the nature or degree of the experience.”

Russell was having the same insight that the Dalai Lama described in the previous essay. Most people think that their senses enable them to perceive reality but those colors, textures, smells and sounds are not actually “out there” but are experiences that the stimulated mind creates. Realizing that what we perceive and what is actually out there are two different things is another way of saying what the Dalai Lama concluded, namely that:  “Phenomena do exist, but not in the way we think they do.”

We turn now to the East and the Vedantic philosophers of ancient India who help clarify a key aspect of reality was for Russell. They speak of an unconscious person as suffering from maya. “Often translated as illusion (a false perception of the world), the word is more accurately translated as delusion (a false belief about the world).”  We recognize here the word “belief” which along with attitudes and values is one of the major components of a person’s worldview.

No mean scientist himself, astronaut Edgar Mitchell says it well. “We need to recognize that science is not absolute. It is a very powerful belief system, and seemingly very accurate, but still a belief system.”

Mitchell continues spelling out the limitations of science. “We have internal experiences [feelings] that the scientific model cannot explain—and usually denies as even real. However, all of our religious, subjective experiences [peak experiences and insights] are grounded in this belief that there is something called mind that is not brain, that is not physical.”

Hence, philosophers and scientists deluded by appearances, their own sensory input, have constructed a worldview profoundly at odds with Simple Reality and in this mental “state” cannot possibly formulate constructs, models and theories helpful to humanity in our search for truth and beauty. Unless, that is, they are able to transcend the old delusional worldview.

Take the world of form, for example, which a physicist like Sir Arthur Eddington is able to grasp is 99% empty space. Matter, in other words, has very little substance to it despite what it appears to be. Or as the Dalai Lama said it has no “inherent” or “intrinsic” existence but is rather characterized by “emptiness” or illusion.

Now that matter is dispensed with, what is left? For you physicists out there, you will be glad to know (for a fleeting moment at least) that what we have left is energy in the form of light. Light, as it turns out, is the only “Absolute” in either the world of science or the world of philosophy, but not the physical light we are used to talking about. All of Creation is an expression of “light,” an expression of energy, an expression of undivided consciousness (Oneness).

“Light, therefore, seems to occupy a very special place in the cosmic scheme; it is in some ways more fundamental than time, space, or matter. The same, I later discovered, was true of the inner light of consciousness.”

Russell has not quite completed his transformation into a mystic, so we continue. “The more I read about this inner light, the more I saw close parallels with the light of physics. Physical light has no mass, and is not part of the material world; the same is true of consciousness. Light seems in some way fundamental to the universe, its values are absolute, universal constants. The light of consciousness is likewise fundamental; without it there would be no experience.”

The analogy between the light of physics and the light of consciousness is just that, only an analogy and both are otherwise unknowable by the intellect because both exist beyond space and time and the material world.

“And both are absolutes. Every photon of light is an identical quantum of action, and the foundation of every interaction in the universe. The light of consciousness is likewise absolute and invariant. It is the source of every quality that we ever experience. And its essential nature is the same for everyone.”

In completing the hero’s journey we will all wind up not only in a new paradigm but with a new identity. We will have come to realize that we are one with Creation. Johannes “Meister” Eckhart (1260-1327) had such a change of identity well before his Christian community was ready for such a demonstration. Pope John XXII forced him to recant his teaching that “God (Creation) and I are One.” Peter Russell has also reached a radically different way of thinking about who he was. “When mystics refer to God, they are, more often than not, pointing toward the realm of personal experience, not something in the physical realm. If we want to find God, we have to look within, into the realm of deep mind—a realm that science has yet to explore.”

In time we will all come to realize that God (Creation) is everywhere, one complete and perfect whole. We look within to find our connection to Simple Reality and our True self. Science and or philosophy will never “explore” Simple Reality because for those in that context there will be no need for science or philosophy; the questions and answers plaguing the false self will not exist in the awakened Mind.

Wait a minute! What happened to Peter Russell? Where did he go? He was here just a minute …  …  … (fade to silence).