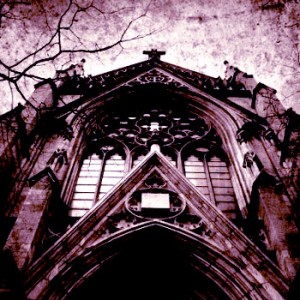 In 2005 there was no more orthodox religious leader than Pope Benedict XVI. Therefore, he is a good example of how a P-B institution such as the Roman Catholic Church can promulgate doctrinal teachings that unconsciously represent more profound truths. We have learned that American institutions engage in lies, denial and secrets. They do this for many reasons one being that they are paternalistic and use deception to perpetuate their power and control. Therefore, these institutions do not have compassion or “respect” for their respective female constituencies or even the male laity.

To some degree this attitude in the hierarchy of the Catholic Church can be traced to St. Augustine. “One of Augustine’s key arguments was that human beings were so profoundly flawed they couldn’t begin to figure out the meaning of life on their own.” Such statements as these demonstrate the paternalistic worldview of the church.

Once the church had established that we are helpless children, the next step was to consolidate its power over us. This was cleverly done by interposing itself between us and God and assuming absolute power in determining the future of our souls. First “dis-empower” each person by taking away all hope except that which the Church dispenses and dispenses only to those who follow its dictates. No matter what one does in the way of “good works” or behavior God will find it of no value. “For the new Pope, faith is a gift, not an acquisition. In Christianity, he once wrote, mankind comes to itself ‘not through what he does but through what he accepts.’ The Christian identity is not made or debated or thought through. It is “received.” It is a revelation. How do we know what is “revealed”? Only the church hierarchy decides that, with the Pope as the ultimate authority.” We would resist to the death any attempts by a Hitler or a Stalin to wield this kind of power over our secular lives. But we allow a totalitarian church with specious and childish reasoning to have sway over our souls and our religious life.

We allow the Church, for example, to engage in projecting its very dark shadow on the other. That other has changed historically and has included many groups labeled unacceptable for among other reasons, their ethnicity, their religion, their sexual orientation etc. The church has persecuted Jews, Moslems, women, scientists, et. al. and most recently homosexuals. Even nature is seen by the church to be flawed. If a person is “…a child with indeterminate gender or a transgendered person or a homosexual? Then nature is somehow awry, they are beset by an inherent tendency toward an ‘intrinsic moral evil’ and are thus by nature ‘objectively disordered.’” Pope Benedict tries to appear omniscient with his absolutist language.

And then the church engages in the most insulting rationalization to justify its outrageous insensitivity and unconsciousness. “And if the result is enormous suffering, as women and gays labor under discrimination, condescension and prejudice? Suffering brings them closer to Christ.” Such a Christ we would not want to get closer to. We should flee from that Christ as fast as our secular little legs could carry us.