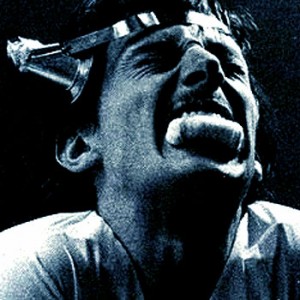 Technology, the human intellect, research in the lab; this is the “old school” (P-B) long-failed approach to solving our pressing dilemmas. Nevertheless, lab experiments can sometimes reveal behavioral aspects underlying human consciousness that might influence a change in direction for the human community that has a bleak future otherwise. This is only true if we can grasp the significance of said lab results.

If the behavior of the mass of humanity is responsible for our current unsustainable global village community then clearly the solution is a widespread change in human behavior. Yea right! Not so fast. We can’t give up yet. Where’s your Chutzpah?

“It was very difficult for me to accept that simply connecting a battery that you can buy in CVS to electrodes placed on the scalp could change behavior. Then one day I said, I’m going to give it a try.” That’s Leonard G. Cohen, chief of the neurorehabilitation section at the National Institute of Neurological Disorders and Stroke (N.I.N.D.S.) in Bethesda, Md. He is referring to lab results published in a paper in 2000 by Michael A. Nitsche, a clinical neurophysiologist at the University of Gottingen in Germany.

What we are talking about is tDCS (transcranial direct-current stimulation). Can this procedure empower people to more successfully resist self-destructive behavior (reactions) and find the will power and restraint necessary to choose to respond to the emotional triggers in their life? Dan Hurley in his article “Jumper Cables for the Mind” was a willing guinea pig. “After 10 minutes of charging my brain, he [Leon Morales-Quezada, senior research associate at Harvard’s laboratory of Neuromodulation] turned on a computerized exercise I was supposed to practice while the current continued flowing. Called an attention-switching task, it’s used by psychologists as a measure of “executive function” or “cognitive control:” the ability to overrule your urges [emphasis added], to ignore distractions and to quickly shift your focus.”

Sounds simple, right?  If Simple Reality as a synthesis of human wisdom has a drawback it is its simplicity. People tend to find it hard to believe in our overwhelmingly complex world that the solution to our approaching and terrifying “perfect storm” could be simple.

Experiments with tDCS are more than 30 years old with significant results. It took Italian neurophysiologist Alberto Priori six years to get his impressive results published in a scientific journal. “People kept telling me it can’t be true, it’s too easy and simple.”

The National Institute of Health has funded tDCS proposals at only half the rate of other proposals submitted to it. “‘People have come to believe that only complex, expensive medical treatments will be effective,’ says Vincent Clark, director of the Psychology Clinical Neuroscience Center at the University of New Mexico. The low cost of the technology may seem like an asset, but Clark says it could turn out to be one of the biggest problems in today’s medical marketplace.”

Such is the topsy-turvey world of science in P-B. Big Pharma has to see a profit in a pill or a procedure. If it is too simple, even though effective, it cannot charge enough to make the stockholders happy. Even though electrical stimulation deeper into the brain is seen as a potential treatment for Parkinson’s disease, tDCS researchers will have to remain in the shadows of the less-than compassionate healers in the land of the zombies. Zapping zombies may have to wait until they are more threatening and then it may be too late to calm them down.